As I was scanning in Shawon Dunston's Archives autograph card, a small detail caught my eye. 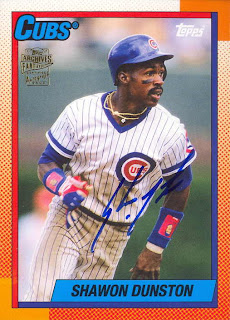 Look carefully at the large wristbands that he's wearing.  It looks like there is something on it.  Not knowing what it was, I blew up the picture to see if I could figure out what he's got. 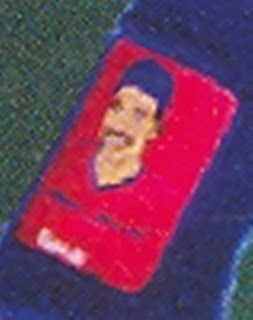 Here is an enlarged and flipped picture of his left arm.  There is some sort of drawing of a player on his wristband.  Who is it?  It isn't Dunston and it doesn't look like any of his teammates.  I have no clue who it is.


I've got 141 different cards of Shawon Dunston, so I thought I'd look through them to see if there were other cards with the same wristbands, but a clearer picture.  Here's what I found:

Most of his career he wore the same style wristbands, but they were usually red, not blue like in the Archives picture. The ones that showed anything usually had a Cubs logo inside a triangle.


However, I did also find a couple that had a similar looking player on them 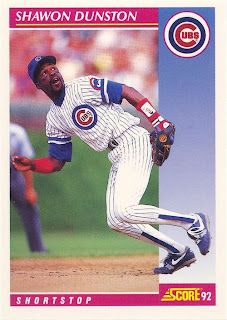 This Score 1992 card shows him with a player on a red wristband. 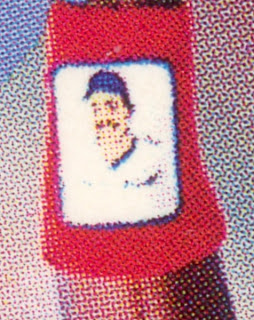 Here's closer look at the player; it looks like the same guy that's on the Archives card.


His 1992 Topps Kids card also has a player on the writstband. 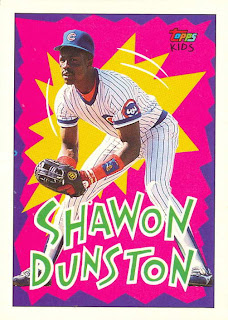 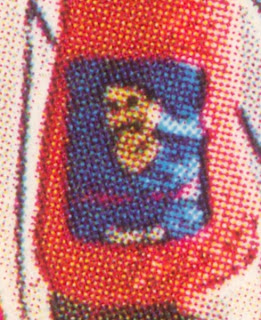 
So where did that leave me?  The same place I was in the beginning--I had no idea who or what is on his wristbands.

Then I went back through my cards again and found the answer.  Somehow I overlooked this Upper Deck 1991 card, which gives us a great look. 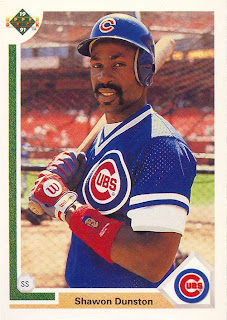 and here is an even closer look 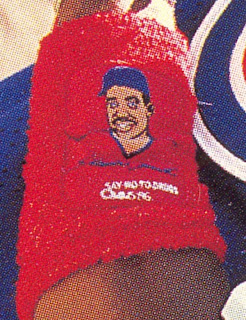 The player his wristband is...Shawon Dunston.


The picture isn't a very good likeness, and the autograph on the scan doesn't show up very well, but on the card you can pretty easily make out the signature as "Shawon Dunston."


Apparently in the late '80s and early 90's there were several players who were wearing these personalized "Say No To Drugs" wristbands. In an ironic twist, one of the more prominent players to wear it was... 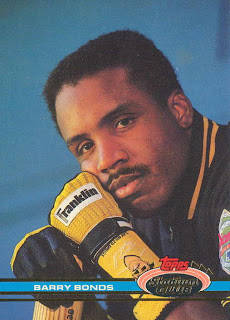 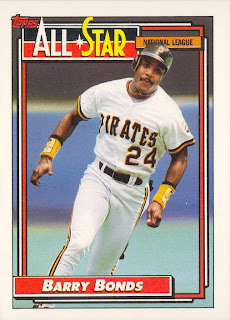 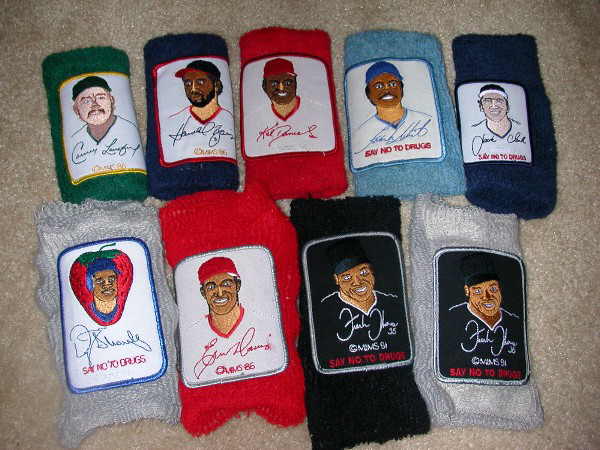 Here are several other wristbands.  Notice another big-time drug use, Darryl Strawberry, was included.  Crazy times back then.