It wasn't too difficult to pick up the series 2 retail inserts.  There are just two sets and both were already at Sportlots.  I found one seller that had them all. 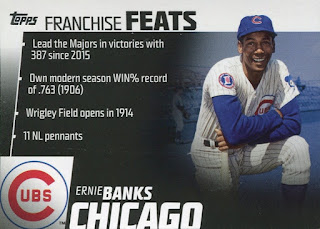 Franchise Feats consists of 30 cards, one for each franchise.  Ernie Banks is on the Cubs card, and they used the Cubs logo from the 60's and 70s.  The best of the listed feats, in my opinion, is the first one.  Leading MLB in victories for the past four years is an impressive feat. 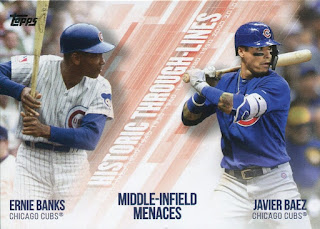 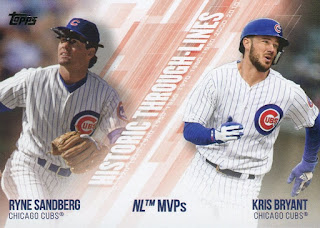