I've been showing a lot of modern cards lately.  Let's step back and look as something much older.

In 1994 and 1995 Tombstone Pizza put out 30 cards sets. Though produced by Score, Tombstone had only an Players Association license, so the logos were removed.  The cards came one per box of frozen pizza.  You could also get the full set by sending in a dollar and five proofs of purchase.

The Cubs managed to land just one player in each set, 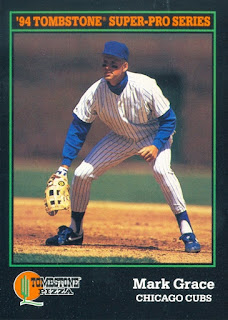 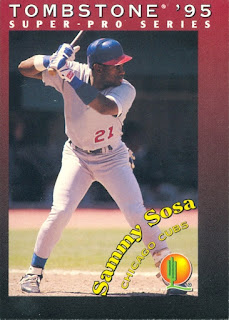