My series 2 order from Brent included the two silver pack Cubs.  I haven't gone after these before, but since I got the series two cards, I went back and picked up the five from series one.

Silver packs are given to hobby box purchasers; one pack from a hobby box and two with a jumbo box.  Each series has a 50-card checklist.  The cards use the 1984 format, but are chrome refractors instead of plain cardboard. 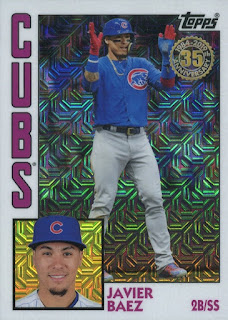 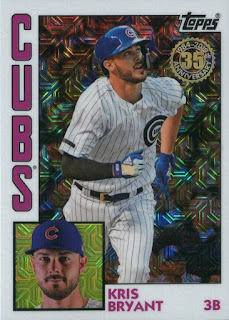 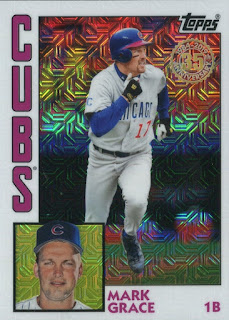 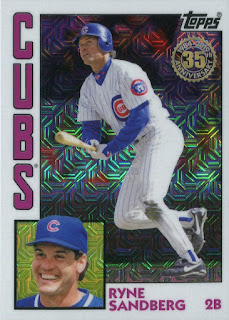 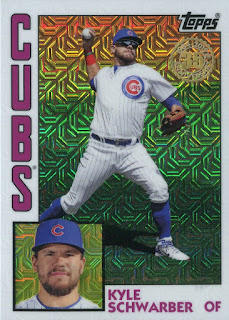 These are the five from the first series. 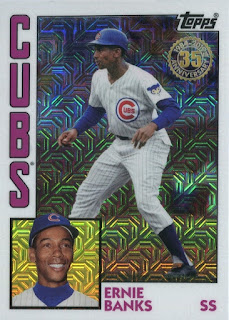 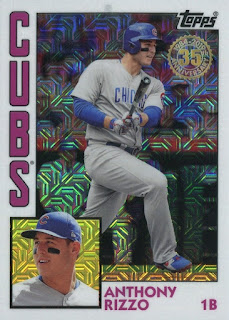 The second series has just two Cubs, Banks and Rizzo.


Ryno is the only one of these to have an actual card from 1984. 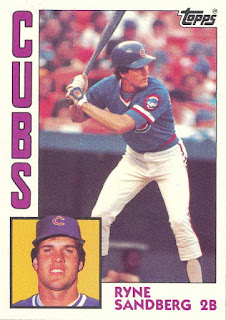 The 2019 version is definitely an upgrade, with a home uniform and a much happier-looking Sandberg in the mini picture.