WW at the HOF

We finished our bike trip in Newark.  We were just two hours west of Cooperstown.  It would have been a shame to be so close and not stop, so we hopped on I90 and headed east. We spent the night at a little motel in Richfield Springs, about 15 miles north of Cooperstown.  The closer to Cooperstown you get the more expensive the rooms get.

The Hall of Fame opens at 9:00 a.m. and we got to town around 8:45.  We parked in one of the remote lots and rode our bikes to the Hall.  The doors were just opening when we arrived.  We had prepaid tickets so we just walked in.

Everyone was heading up the stairs to the exhibits.  I like to go opposite the crowd, so we stayed on the first floor and visited the Hall of Fame gallery. 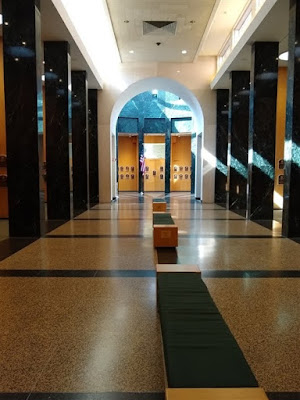 We were the first ones there for the day.  We had the place to ourselves! 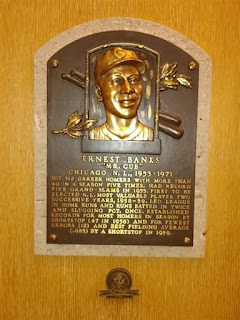 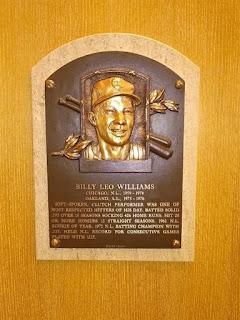 I won't bore you with the plaques of all the Cubs, but here are a couple of my favorites. 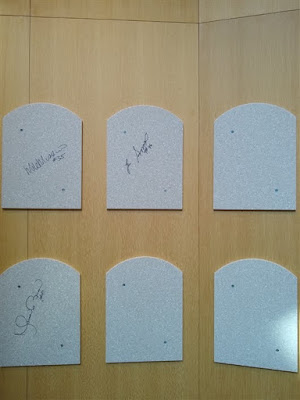 By visiting when we did, we saw the place where the plaques of the 2019 inductees will go.  The players sign the backing and then their autograph gets covered by the plaque.  Lee Smith will go in the middle top.

Now we could go up the stairs and see the exhibits.  I enjoyed taking it all in, but of course, I was on the lookout for anything Cub-related. 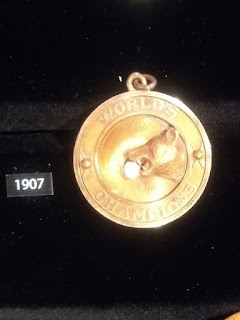 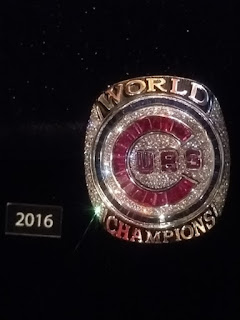 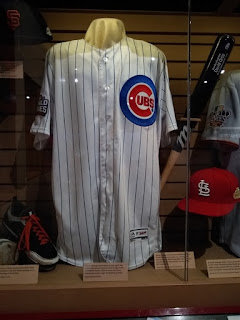 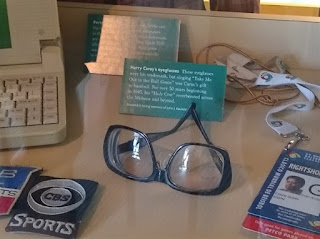 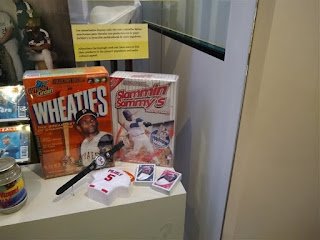 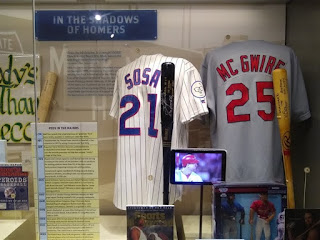 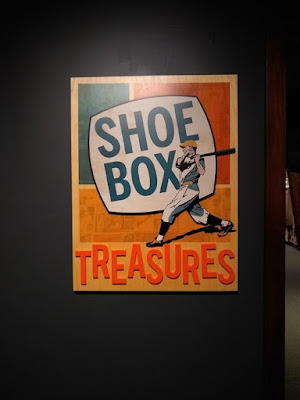 They have an exhibit called "Shoe Box Treasures" that is all about baseball cards. 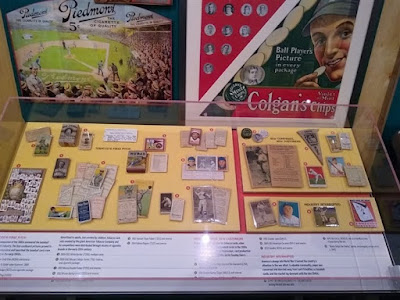 ...some of the really old cards 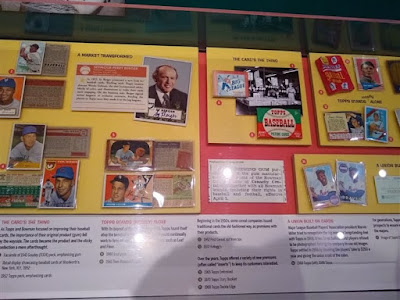 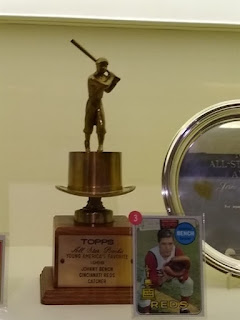 I've seen drawings of the rookie trophy on cards, but now I've seen the actual trophy.

The Hall has a nice gift shop too and we spent time and money there! 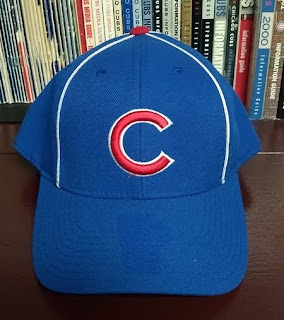 I picked up this Cubs hat.  It's the hat they wore in 1957, the first year they went to the round C instead of a wishbone C.  The white piping was worn just that one season.

Mrs. WW insisted I buy this tie for school.  I have the Rockwell painting in my office and now I'll have it around my neck, too.

I made one more purchase.  It was in fact, 52 additional purchases.  You'll see them tomorrow.
Posted by Wrigley Wax at 7:00 AM