On Monday the Cubs traded pitcher Mike Montgomery to Kansas City.  His stay with the Cubs was just around three years, having arrived in a trade with the Mariners on July 20, 2016.  His record with the Cubs is 14-17, nothing much to write home about.

But he did make, arguably, the Cubs most important pitch, ever. 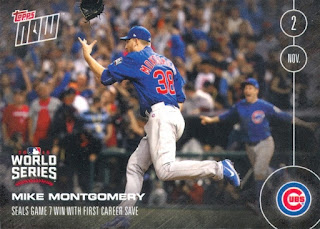 He got the final out in game 7 of the 2016 World Series.  For that he will always have a place in Cubs history.

Topps doesn't think nearly as much of his as do Cubs fans.  The year after his historic pitch, care to guess how many cards he had in all of the Topps products? 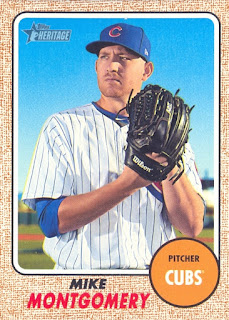 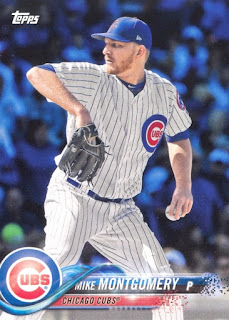 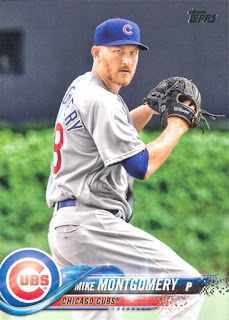 He had double the output in 2018, with cards in the factory team set and Update. 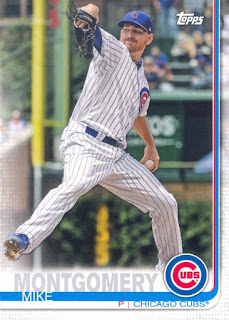 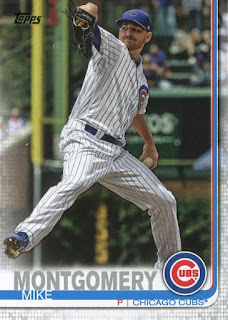 This year he was again in the factory team set and was included in series two.

The totals aren't impressive, six cards over four seasons.  But that last pitch in 2016... very impressive!