Today I've got the last of my recent reprint purchases, the 1922 E-120 American Caramel set.  These are candy cards, not cigarette cards, so they got into the hands of more children.

The set consists of 240 cards, evenly divided between the American League and the National League.  The AL cards have a speia tone while the NL cards came in a greenish-blue tint.

Not only were the cards divided evenly between the leagues, but they were also evenly split between the teams.  Each team has fifteen cards.  There  were no Lone Rangers in this set. 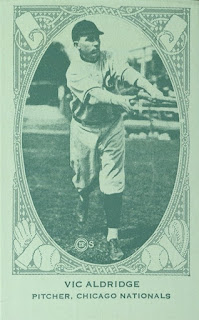 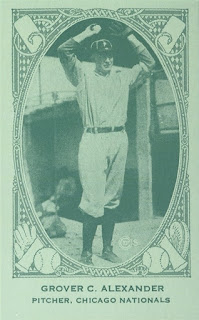 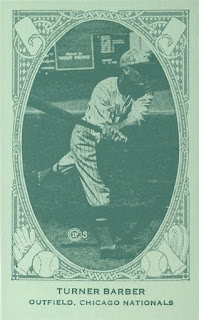 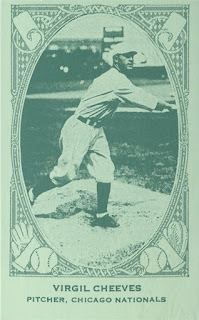 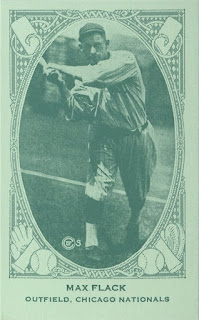 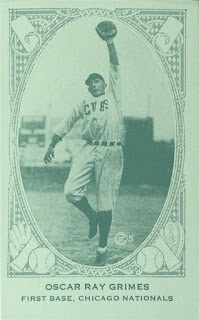 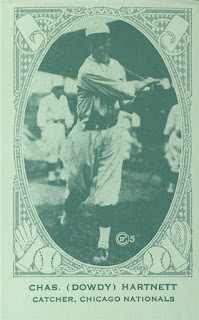 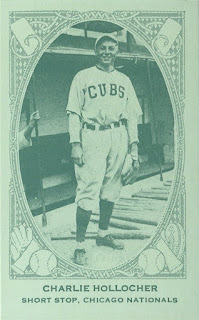 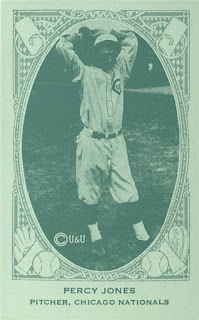 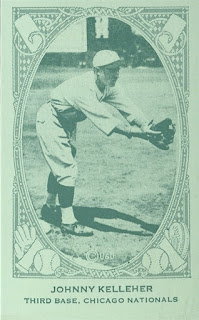 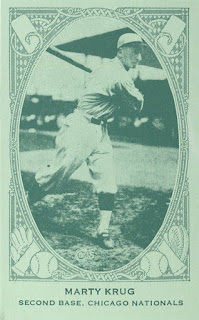 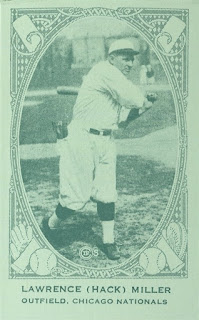 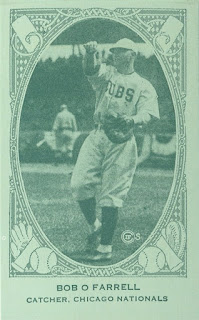 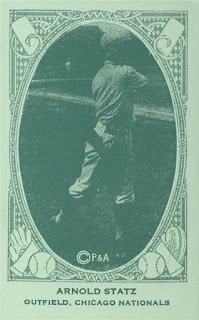 Two of the fifteen are in the Hall of Fame, Alexander and Hartnett.  The cards came out in Hartnett's rookie year (where is the rookie logos??).  The card uses his lesser-known nickname, Dowdy.  That is actually his father's nickname and as he was growing up, people began referring to him the same way.  It was in the spring of 1922 when his more well-known nickname, Gabby, was given to him.  Sportswriter Dean Sullivan called him Gabby facetiously, as Hartnett gave short answers to his questions.
Posted by Wrigley Wax at 7:00 AM