The 2020 set is the tenth edition of Gypsy Queen.  Let's take a look at the ten designs. 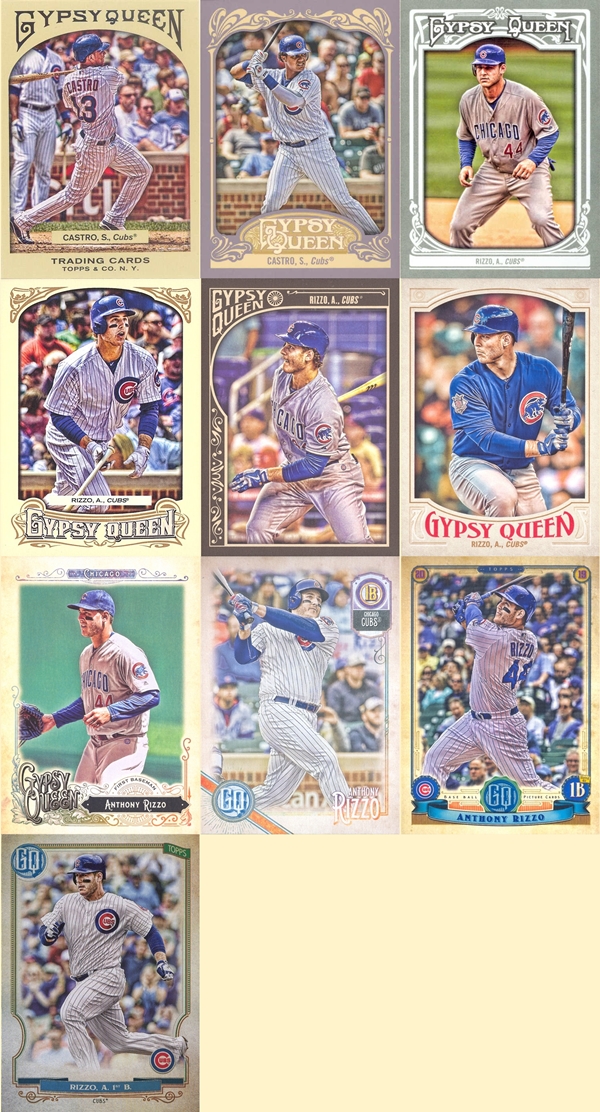 The 2011 version mimicked the original GQ cards from 1887.  Topps has been on their own since then.

The first seven years have the words "Gypsy Queen."  Since then it has been the GQ logo instead of the words.

The player's first name has been used just three times.  Most times it is last name followed by the first initial.

The first six designs did not include the player's position.

The team logos first appeared in 2019.

Yellows and browns seem to be the colors of choice.

The designs have always been vertical.

Below is a look at all of the Cubs cards for the entire run of Gypsy Queen. 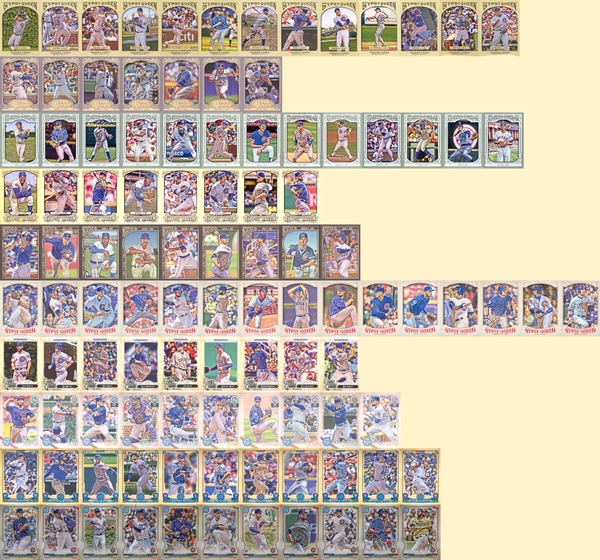