I hope I won't have to keep writing these.  First Glenn Beckert, now Jim Frey.

The manager who led the Cubs to the post-season in 1984, for the first time in 39 years, has died.

He wasn't a manager for the Cubs for very long, less than 2½ years.  But that first season was magical.  Out of nowhere, he took the team to 96 wins and the NL East crown.  It was an amazing season.  We won't discuss what happened in the post-season.

He was fired barely a third of the way into the 1986 season.  He spent the 1987 season in the Cubs radio booth, and wasn't very good.  In December, 1987 he became the Cubs GM, hired his childhood pal Don Zimmer as manager, and saw the Cubs win the NL East again in 1989 (and again we won't discuss the post-season!).

His three seasons as Cubs skipper produced a few cards... 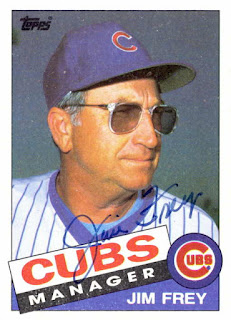 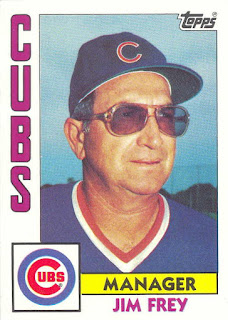 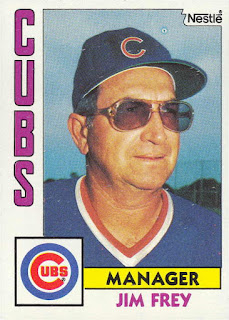 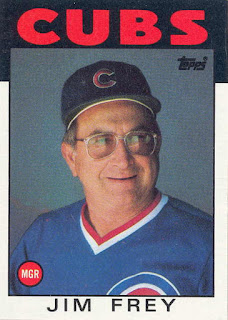 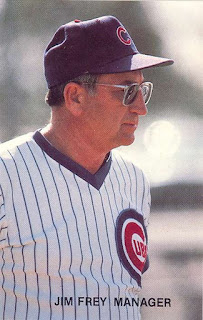 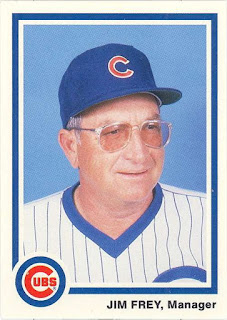