Over the next few days I'll be showing the Cubs sets from Upper Deck Vintage.  It was one of the brands that I picked up because of some cards given me by reader Chad at Christmas.

While some collectors lament the lack of competition in today's baseball card market, I'm not one of them.  Yes competition can lead to innovation.  But it also leads to copy-cats.  For me, that is not a good think.

Case in point: in 2001 Topps came out with Heritage and Upper Deck issued Vintage.  Both mimic the same concept - cards in the style of a set from many years ago.

Topps had a big advantage here.  They could go back 49 years.  Upper Deck couldn't.

But somehow they did.  The first Vintage set uses the design of Topps 1963.  Imitation is the sincerest form of flattery, they say.  UD was flattering Topps. 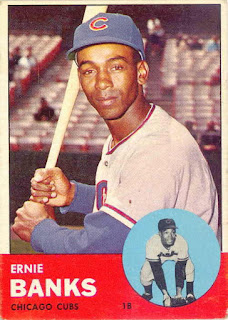 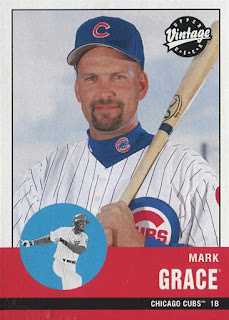 They didn't make exact duplicates, but the design was pretty close.  UD would continue to "borrow" Topps designs and eventually Topps got tired of being ripped off. In 2009 Topps sued UD and an agreement between the two companies put an end to UD's borrowing. 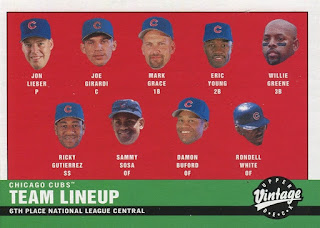 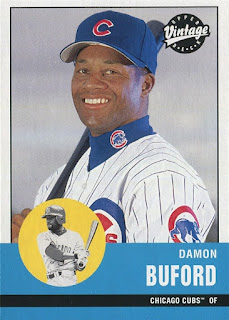 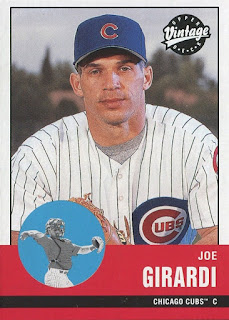 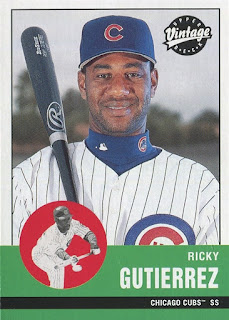 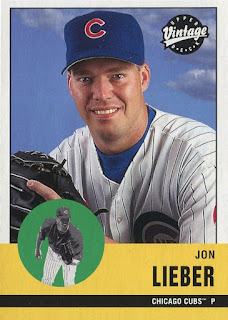 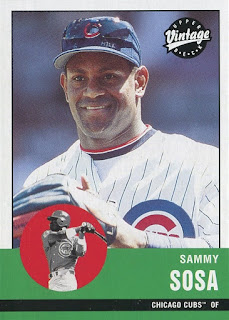 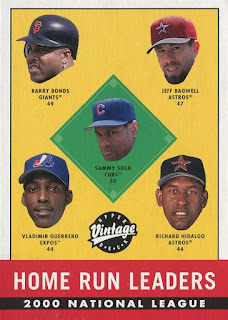 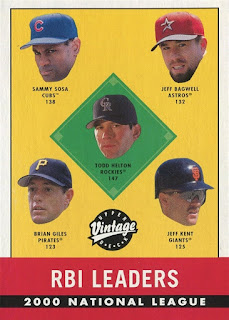 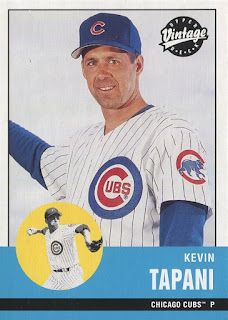 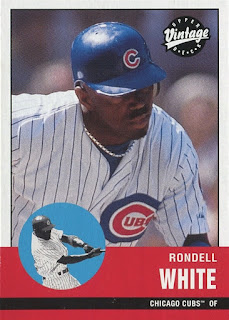 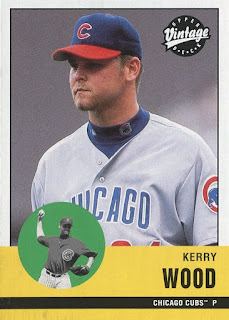 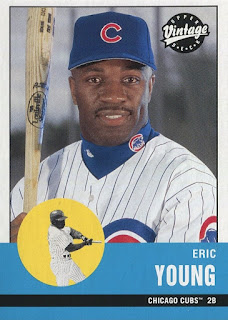 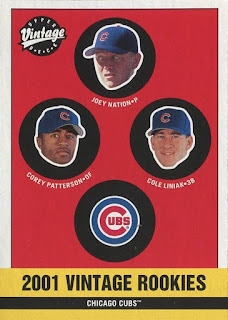