In 2009 the Sons of Italy created a 100-card set called Italian American Baseball Heroes.  Players in the set are obviously of Italian descent.  The pictures on the cards don't include any logos, so creating a team set can be a little loosey-goosey.  I used the checklist on Teamsets4U.  The four players in the set that he assigned to the Cubs are shown in a blue hat.

The printing of the players' name didn't scan very well, making these hard to read.  I'll let you know who we've got if you don't recognize the player. 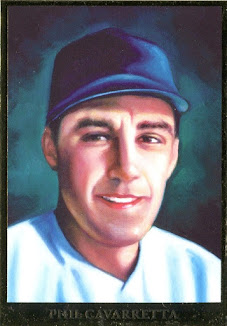 Phil Cavarretta, who spent 20 years with the Cubs. 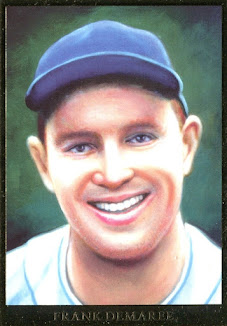 Frank Demaree was with the Cubs for six of his twelve big league seasons. 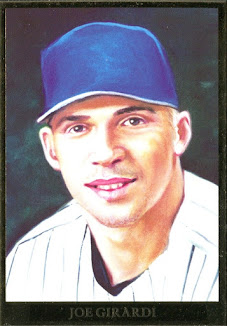 Joe Girardi was the manager of the Yankees when the cards were issued.  I'm really surprised that he wasn't shown looking like a Yankee.  Girardi did spent seven of his fifteen seasons with the Cubs. 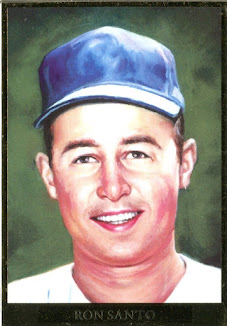 Ron Santo, a Cub, of course!