Topps Finest was first released in 1993.  Topps decided to celebrate the sets 27th anniversary by creating a set based on the 1993 design.  Like the original Finest, this version has 199 cards.  The only place you could buy the cards was at Topps.com, which didn't exist in 1993.
The 27th anniversary doesn't seem to be a milestone number.  25th?  Sure.  30th or 35th?  I suppose.  But 27th doesn't seem to have much pizzaz to it.  That never stops Topps.
There are nine Cubs in the set.  Six have regular cards and three are All-Star cards. 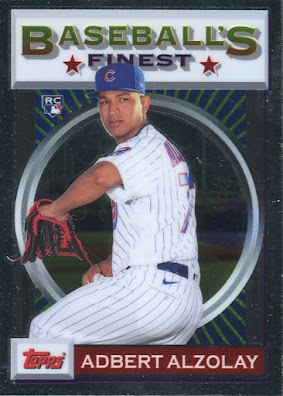 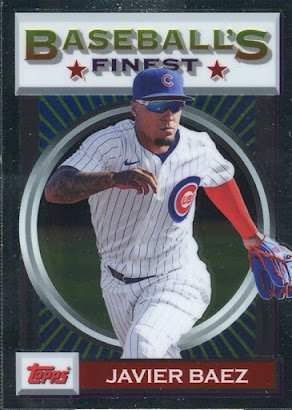 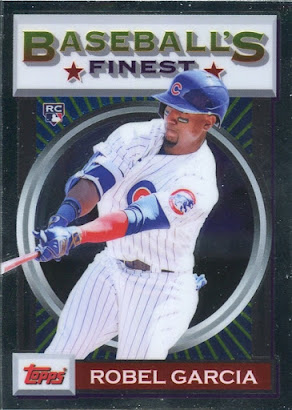 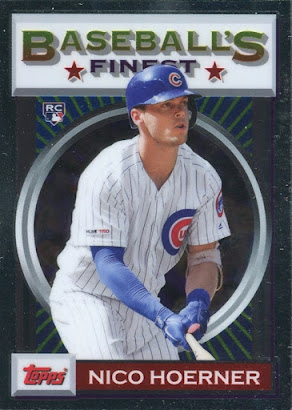 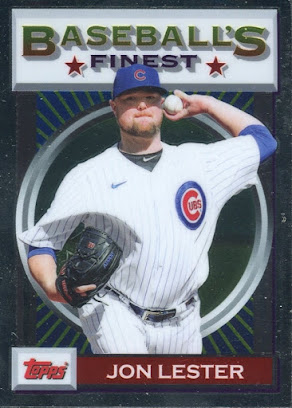 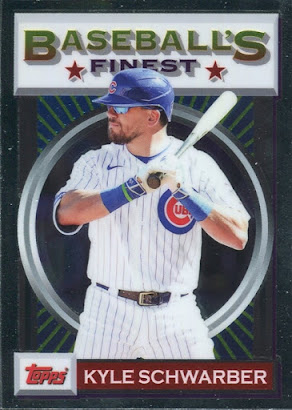 Of course Topps had to include the recently departed Robel Garcia in the set.  In fact, three of these six are rookies.  That seems way too rookie heavy, especially since Alzolay and Garcia aren't highly touted prospects. 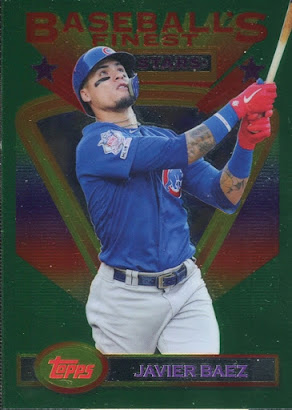 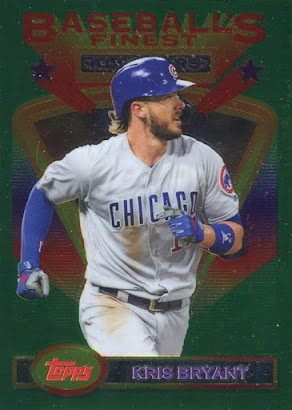 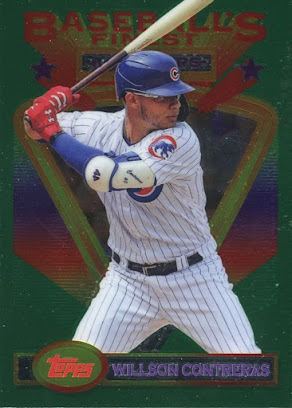 Here are the three All-Stars.  Notice that Baez has both a regular and All-Star card while Bryant and Contreras have just the All-Star card.
Posted by Wrigley Wax at 7:00 AM