I've got 18,359 Cubs cards from 256 different brands listed on a spreadsheet. A random number generator picked five cards, one each from the past several decades. 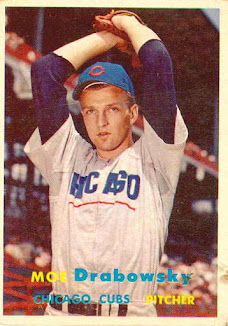 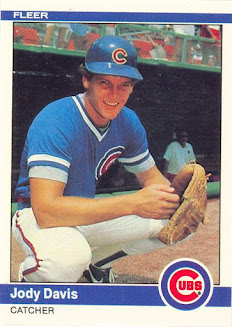 1980s: 1984 Fleer #491 Jody Davis  It's always a good look to see catchers posed in their crouch.  Jody was an All-Star in 1984 and finished 10th in the MVP balloting.  In fact, four Cubs finished in the top ten, with Ryne Sandberg winning the award. 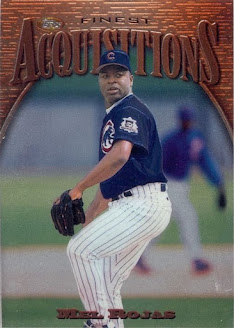 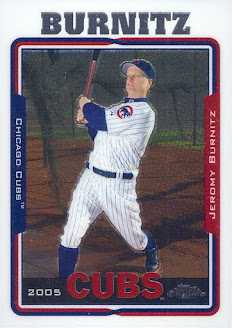 2000s: 2005 Topps Chrome #363 Jeromy Burnitz I thought this was a weird looking card.  The pose looks more appropriate for Heritage, not Chrome or the flagship. 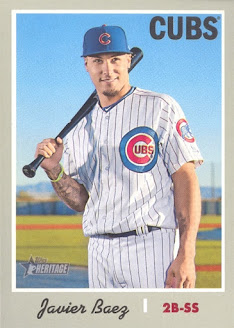