There are ten Cubs cards.  Seven of the ten players were also in the 1961 set.  And sadly, five of those seven saw Post using the same picture as in 1961.  What a bummer that Post did such a Topps thing. 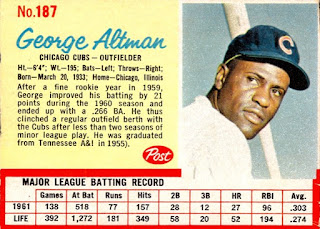 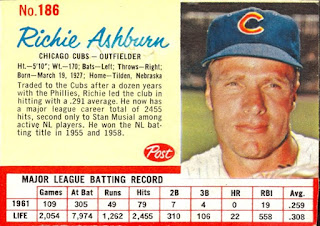 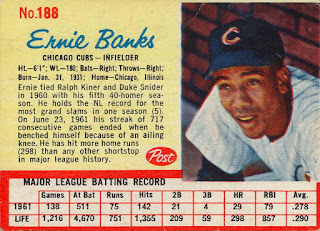 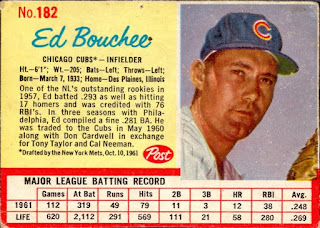 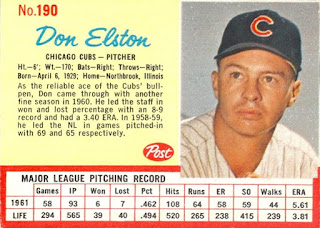 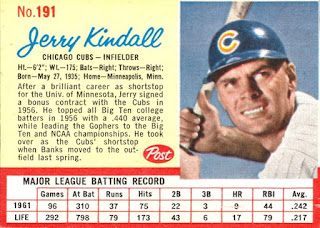 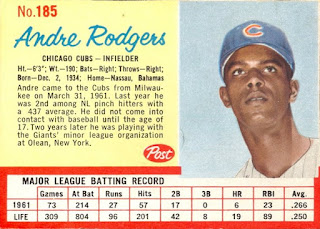 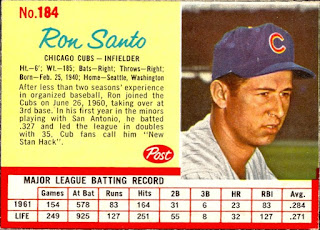 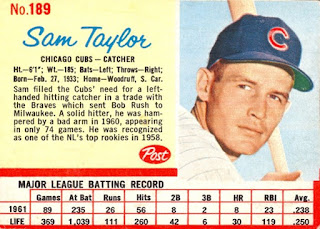 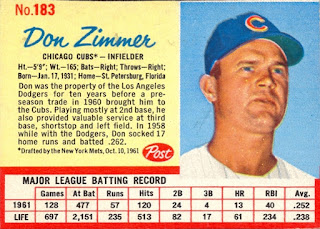