I've got 20,803 Cubs cards from 305 different brands listed on a spreadsheet. A random number generator picked five cards, one each from the past several decades. 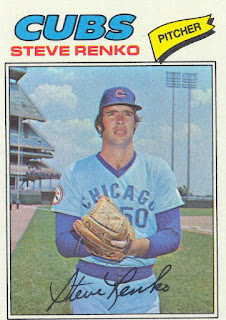 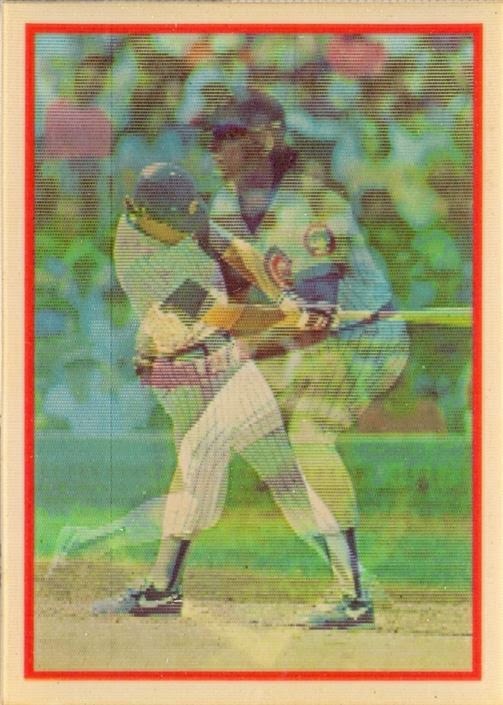 1980s: 1987 Sportflics #8 Ryne Sandberg I haven't found a decent way to scan these cards so that you can see each picture individually. 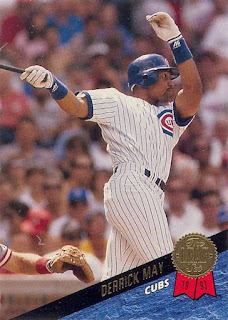 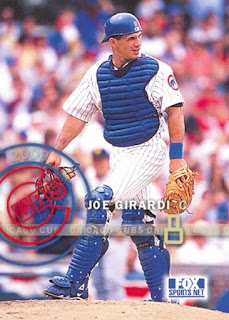 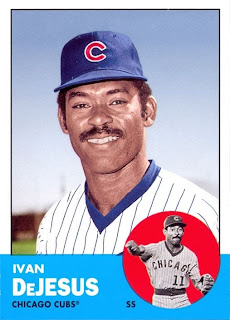 2010s: 2013 Team Issued #67 Ivan DeJesus DeJesus was given card #67 in the set because the 67th home game of the season saw the Cubs hosting the Phillies.  DeJesus played for both teams.