The Clubhouse Collection has been a staple of Heritage since the first release in 2001.  The first set has just twelve cards, none of Cubs.  The first Cubs relics showed up the next year, as the checklist expanded.

This year there are 41 cards on the checklist, but only one Cub, Ernie Banks.  All the checklists I've seen mention that there is both a regular card and a /99 gold parallel.  But for some of the players, including Ernie, no regular cards have surfaced.  It's just the gold card.

Is the gold card a parallel if there is no base card to parallel?

The base card would have obviously been more plentiful and therefor less expensive.  Chasing a /99 was going to be a more expensive proposition.  Boo! 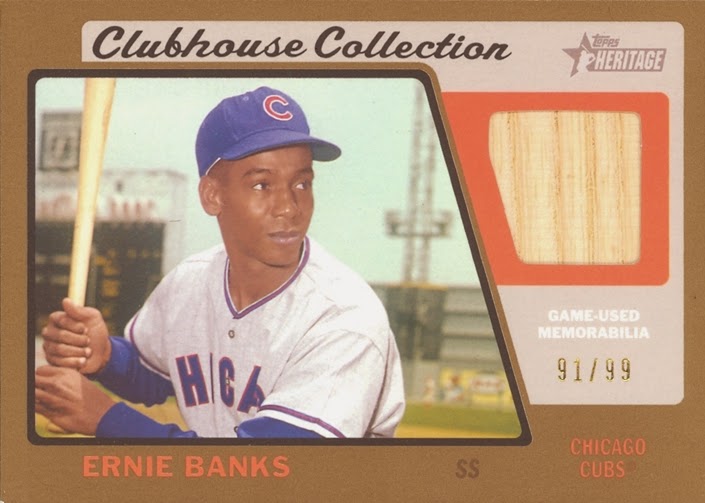 The card lists him as a shortstop, but in 1966, the year this year's Heritage mimics, he was a first baseman.  They should have listed him for that.

Despite the inflated /99 price, I really felt I had to have the card.  My Heritage Cubs collection has all the Cubs base inserts and all of the Clubhouse Collection cards.  It would have bugged me to have a hole, so I bit the bullet and bought the card. 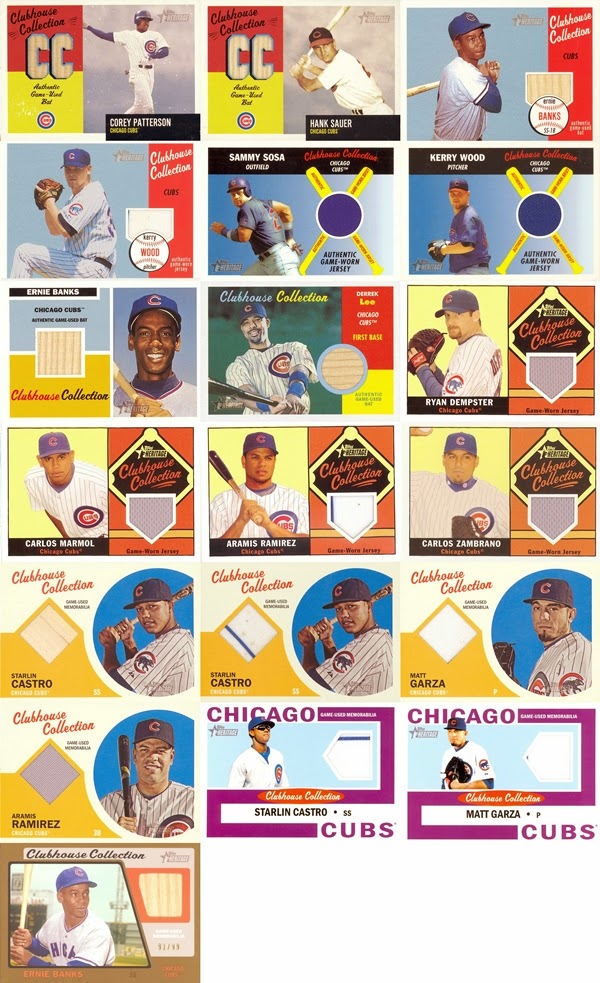 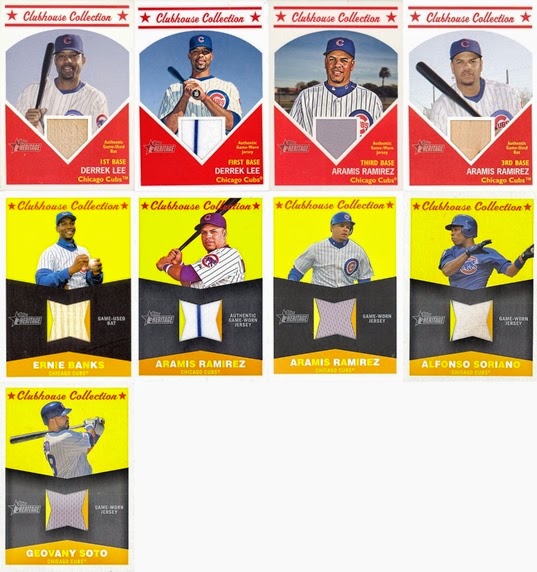