It doesn't happen very often for me, but I've got the Opening Day Cubs inserts in hand before the base set has arrived.

It sort of happened last year too, but that was because the Cubs were shut out of all the insert sets.  Not so this year.  I've got five inserts from four different sets.  Things are looking up for the Cubs! 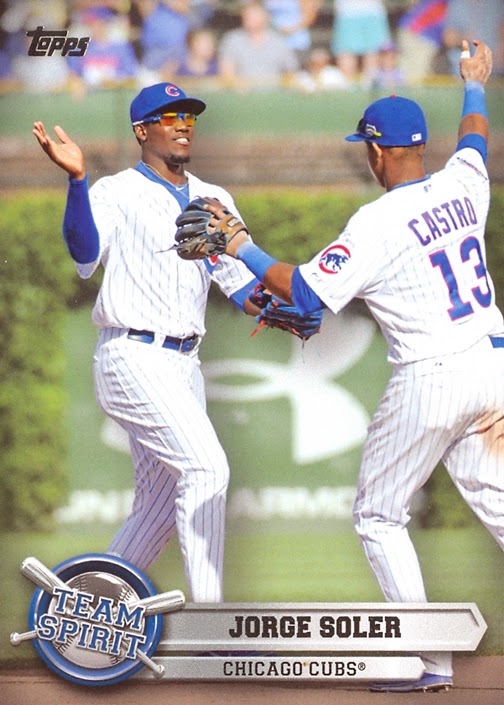 Jorge Soler was in the Team Spirit set.  I didn't know that high-fiving a teammate was considered team spirit, but whatever.

The Franchise Flashback set is made up of players wearing throwback uniforms.  Since the Cubs wore throwbacks eleven different times last season, it was a good bet they would get a player or two in the set. 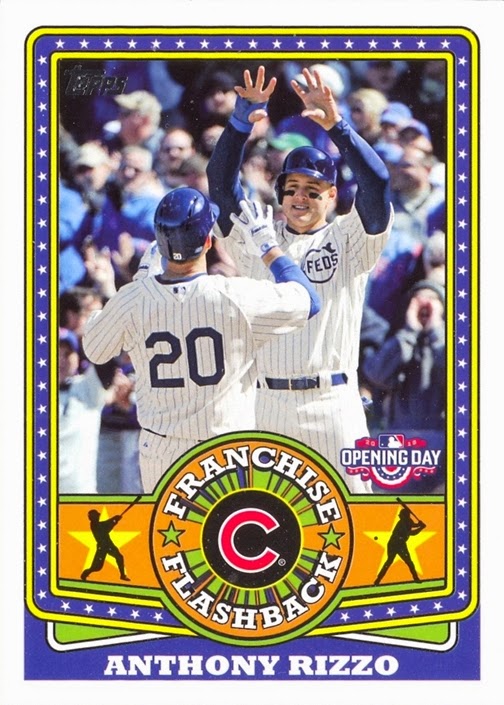 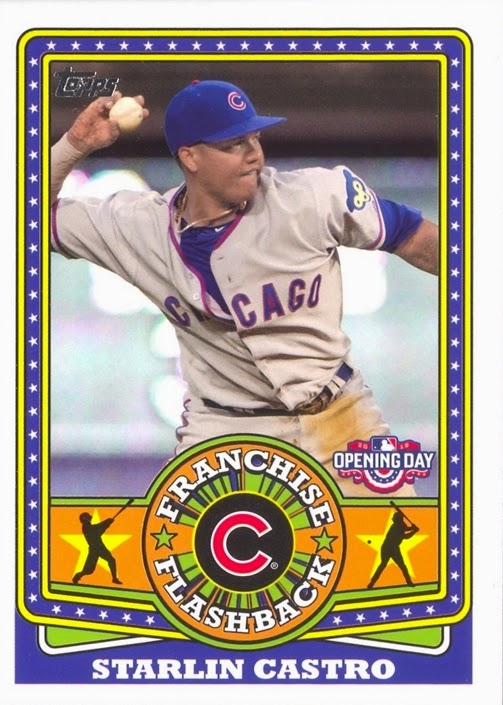 They got two.  Rizzo is wearing the 1941 Chi-Feds uniform on the day the Cubs celebrated Wrigley Field's 100th birthday, April 23.  Castro is in the 1964 duds the Cubs wore in Philadelphia on June 13.  I really like those late '60s road unis. 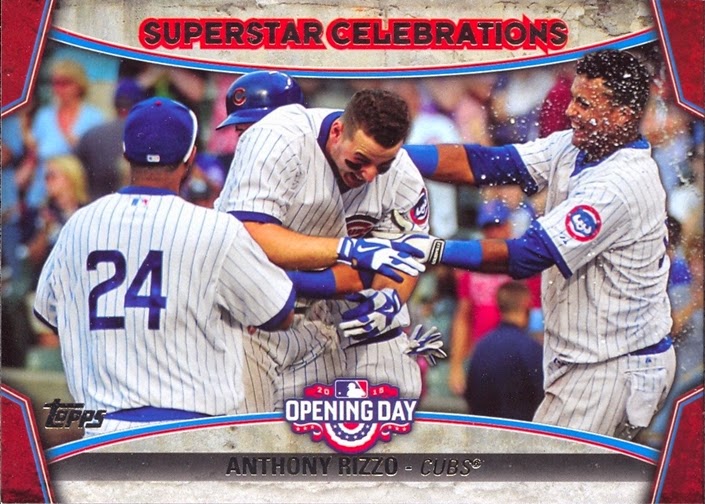 Anthony Rizzo is a superstar celebrating.  He had a walk off hit in the bottom of the 12th inning on August 10 against the Rays.  The Cubs were also wearing 1984 uniforms that day, so the card could double as a Franchise Flashback. 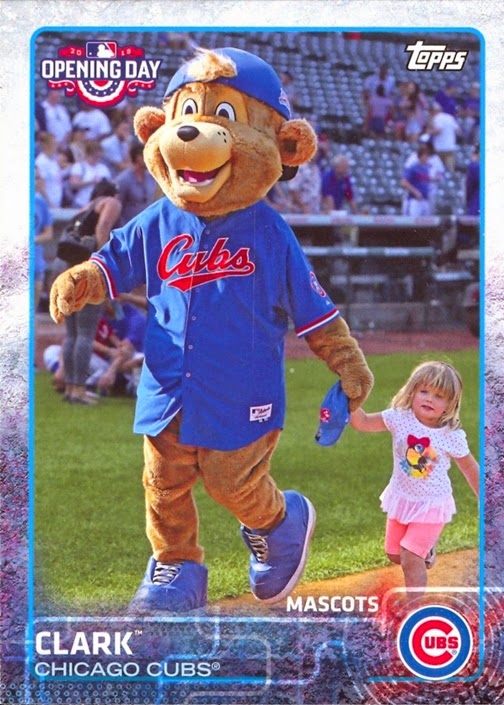 For the first time ever, the Cubs have a card in the mascot set.  Clark debuted last season.  The Cubs said he would never be on the field during a game and they kept to that.  He's really there to entertain the kiddies. The picture shows him doing an after-the-game kids-run-the-bases thing.

USPS tracking shows that my base set of Opening Day cards should be arriving today.  If they do, I'll get them up tomorrow.
Posted by Wrigley Wax at 7:00 AM