So that only took three days longer than expected. 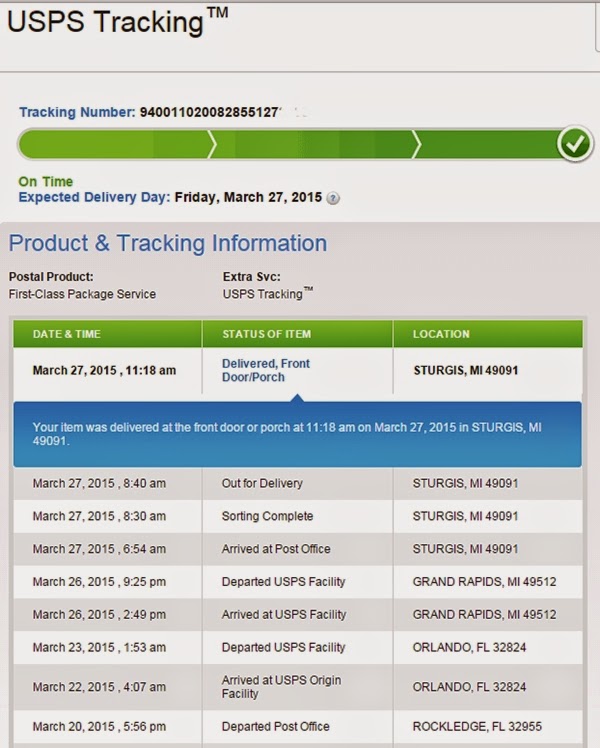 I also get a kick out of the post office's ability to change the facts.  Notice that the expected delivery date is now Friday, March 27 and that the package is on time. 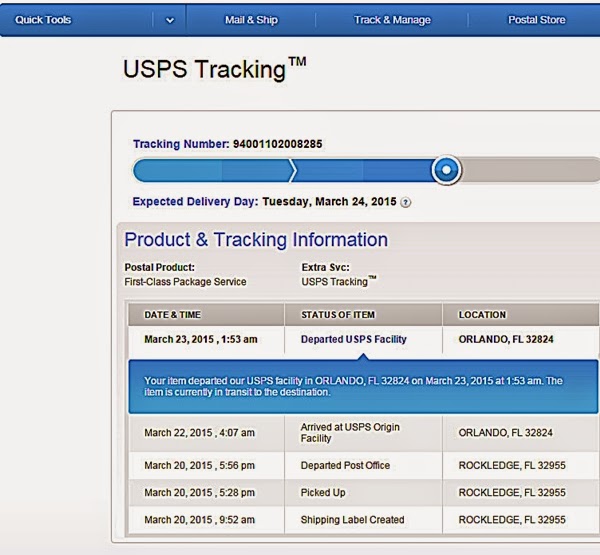 Sure makes it pretty easy to hit your target date when you can keep pushing the target back.

I guess I should stop whining and just be glad that the cards arrived safe and sound.

Often you can count on Opening Day to give you a preview of some of the cards coming up in Series Two.  But not with this year's Cubs.  There are five Cubs cards and all five players were in Series One.

Sometimes the picture on the cards in Opening Day are different that what was used in Series One.  But not with this year's Cubs.  The exact same pictures are in both sets.

In fact, the only noticeable difference between the two sets is that the Topps logo in Series One is foil while it is just printed in Opening Day.  And of course the Opening Day logo is on the Opening Day cards.  I wonder how much longer Opening Day will exist? 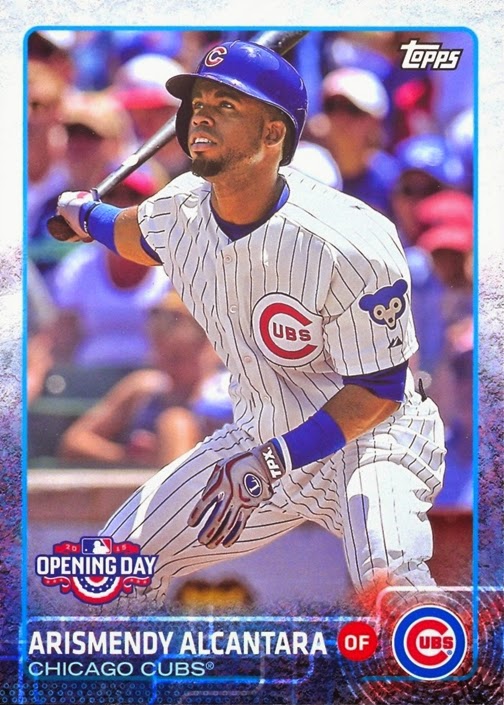 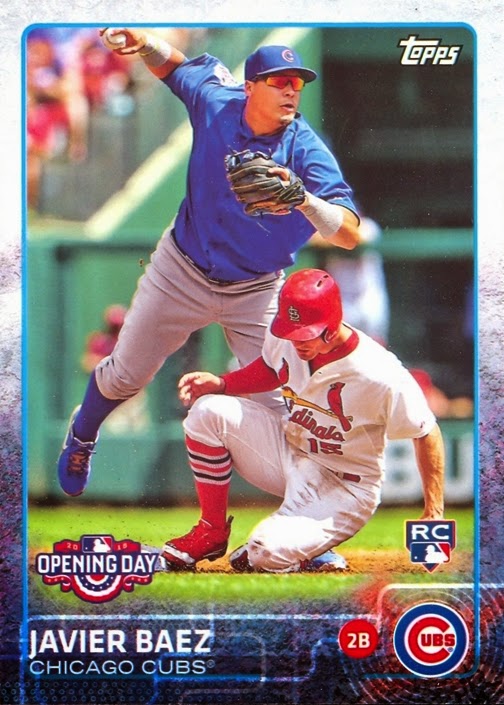 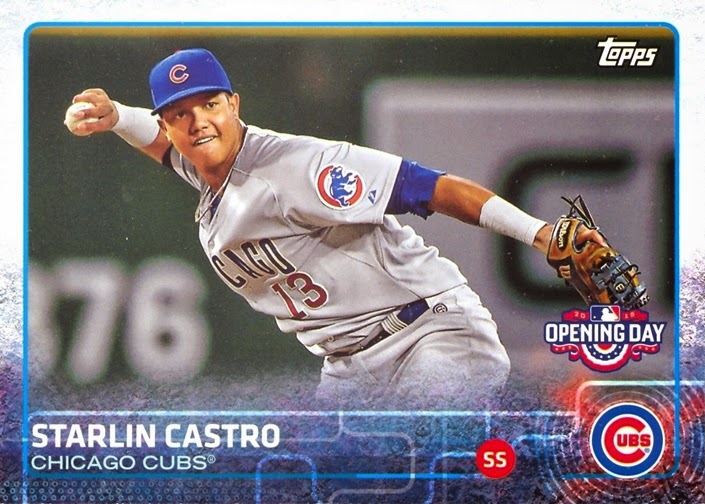 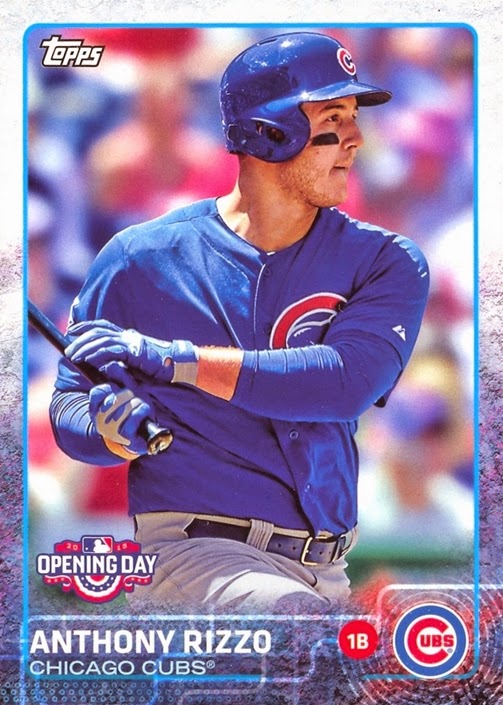 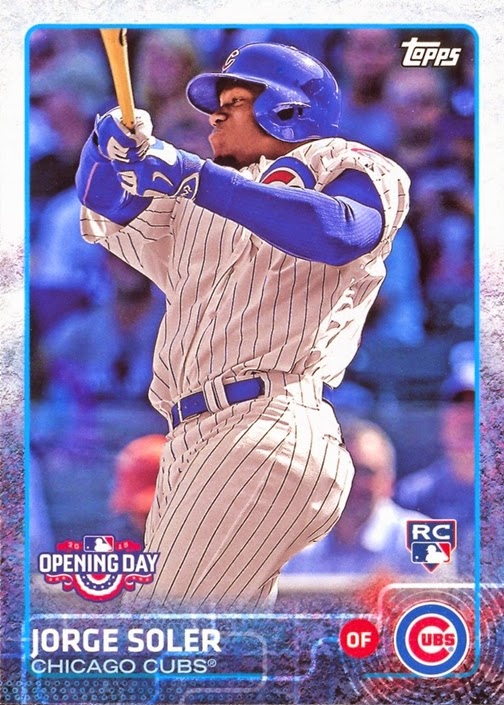 Here are the five Cubs cards.  I'm kinda surprised that there is not a card of Jon Lester.  Heritage showed Lester as a Cub and Opening Day and Heritage came out on the same day.

Of the five shown, Rizzo, at age 25, is the oldest in the bunch.  The rebuilding process is just about finished.  Time for some results.