As always, Brentandbecca game through and I now have my 2015 Heritage Cubs team set.  I'll be looking at the cards over the next three days.  Today I'll have the base cards.  Tomorrow it will be the inserts, and then on Wednesday I'll have the cards side by side with the 1966 Cubs. 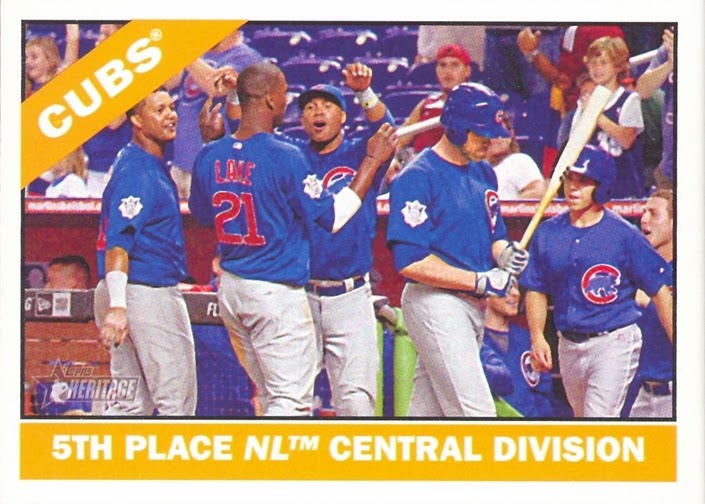 The Cubs were given 15 players in the base set, plus four rookies on three rookie cards.  They also were featured in a combo card and Anthony Rizzo showed up on the NL home run leaders card.  In total then, there are 20 Cubs cards. 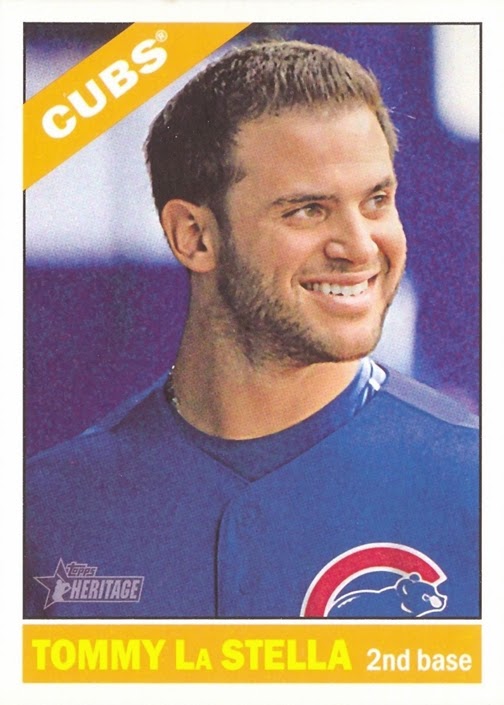 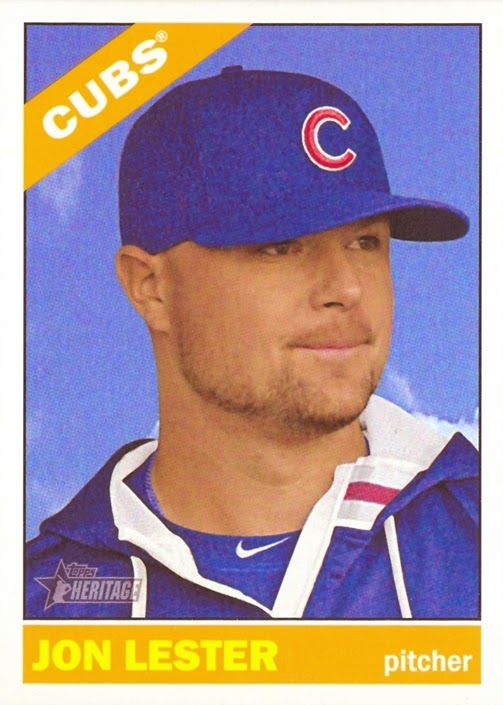 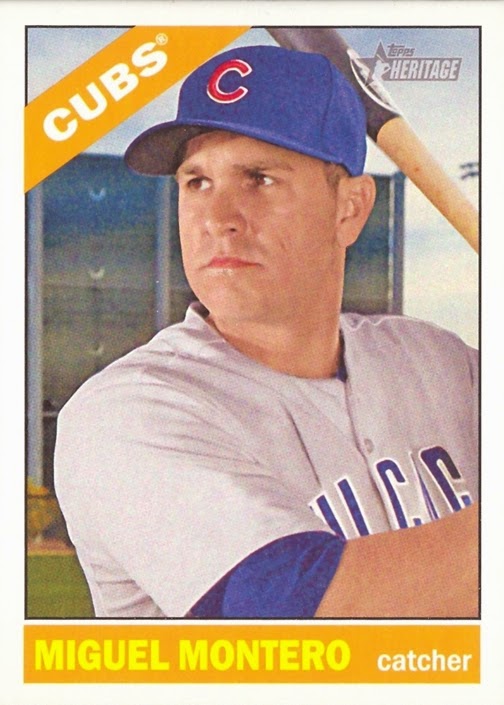 These three cards are players acquired during the off season, making them Photoshop specials. 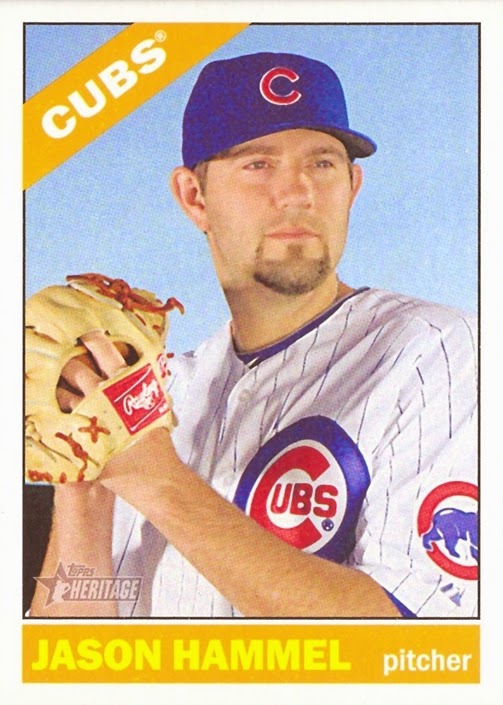 Hammels was signed as a free agent over the winter, but since he spent the first half of the 2014 season with the Cubs, no Photoshop was needed. 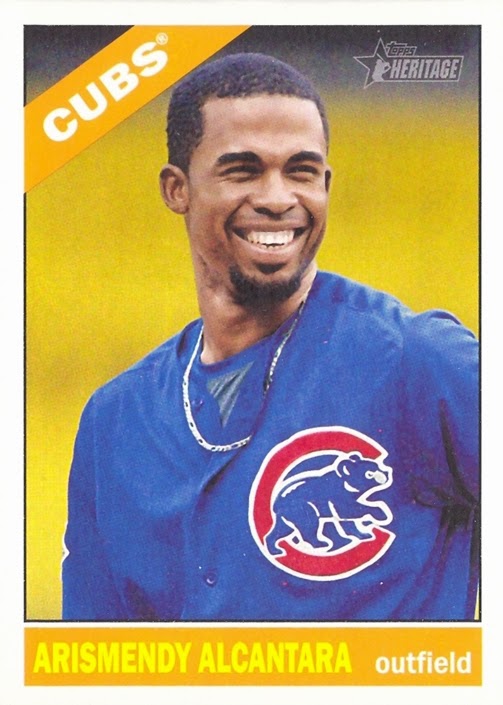 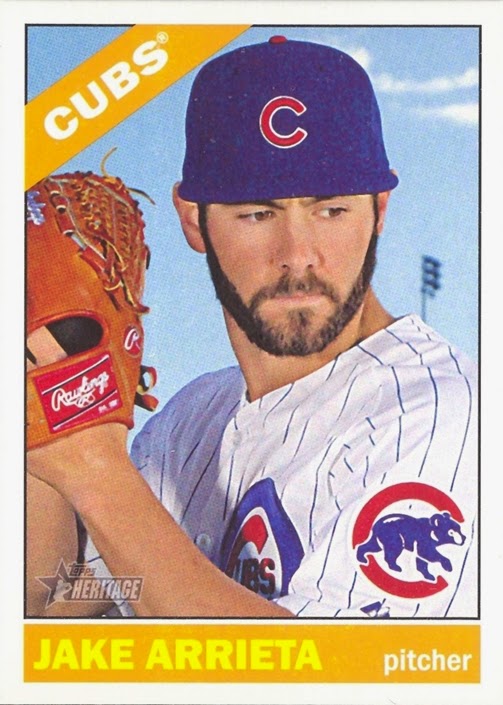 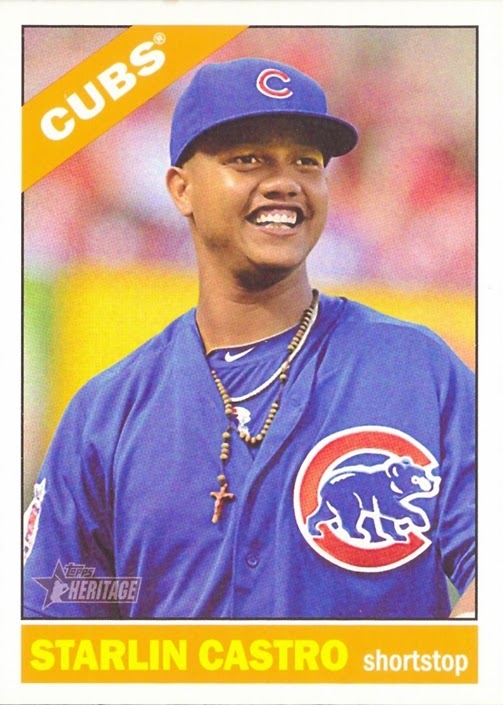 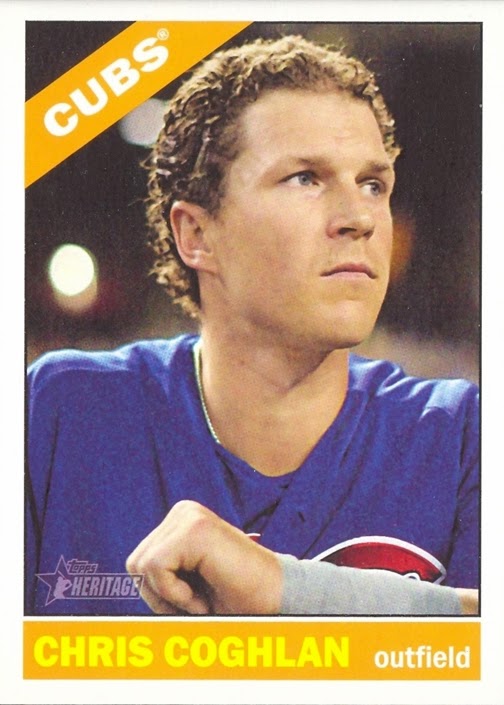 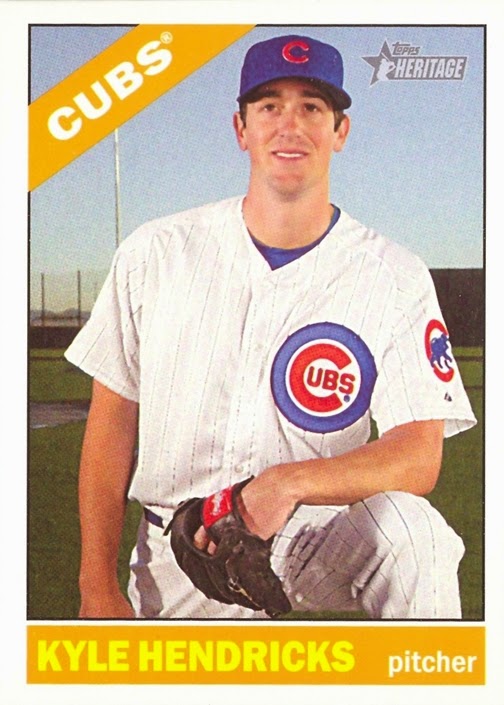 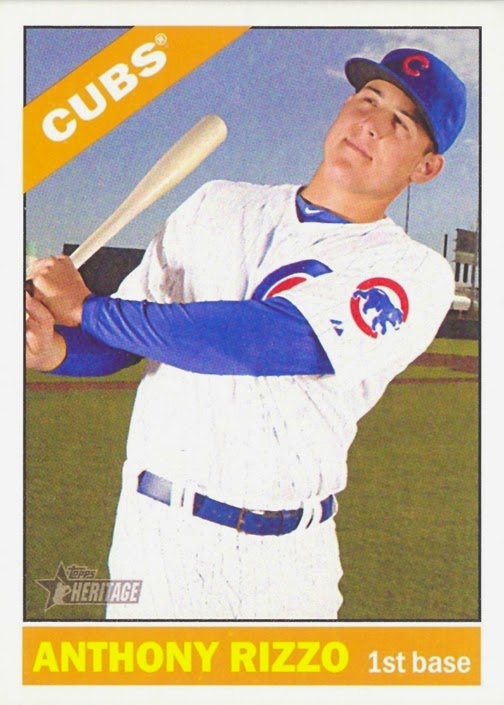 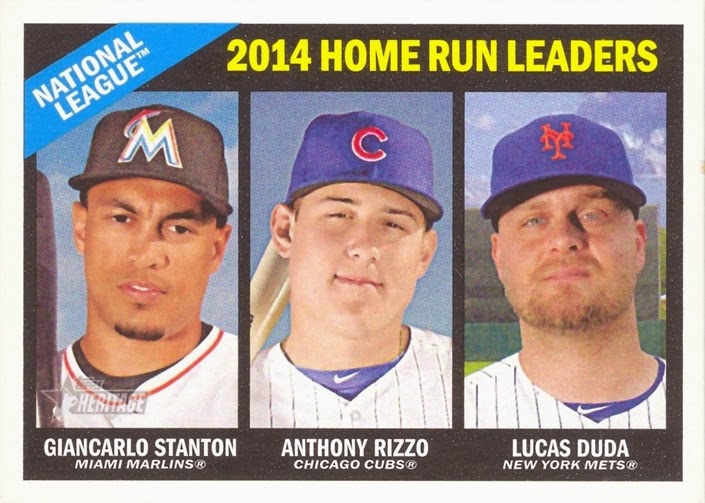 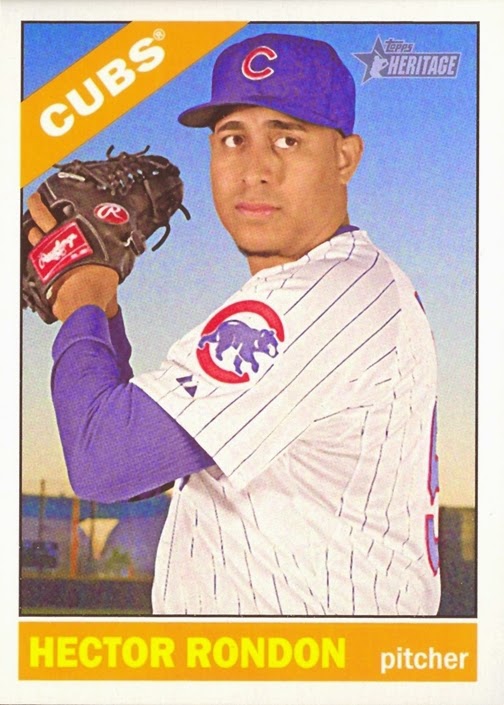 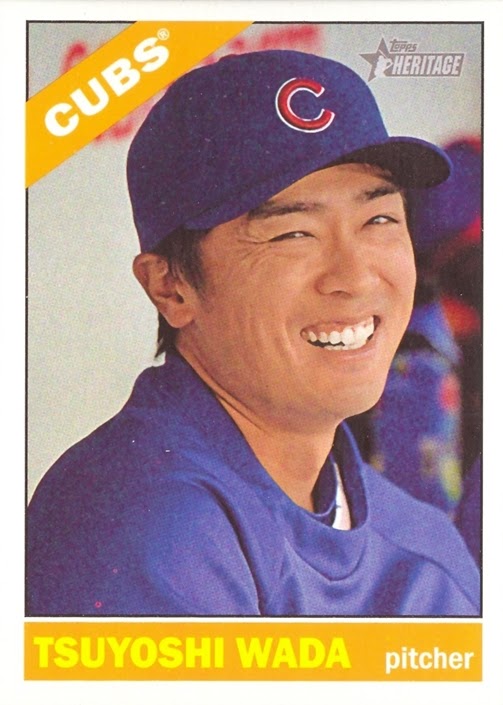 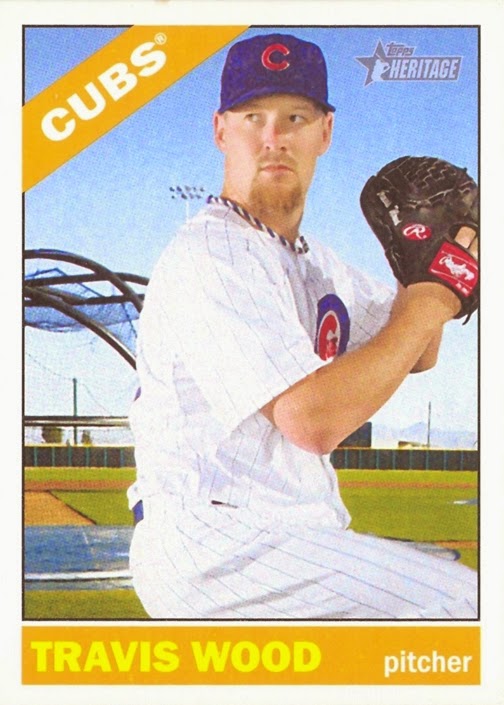 These are the other players.  I think Topps pretty much hit all the names here. 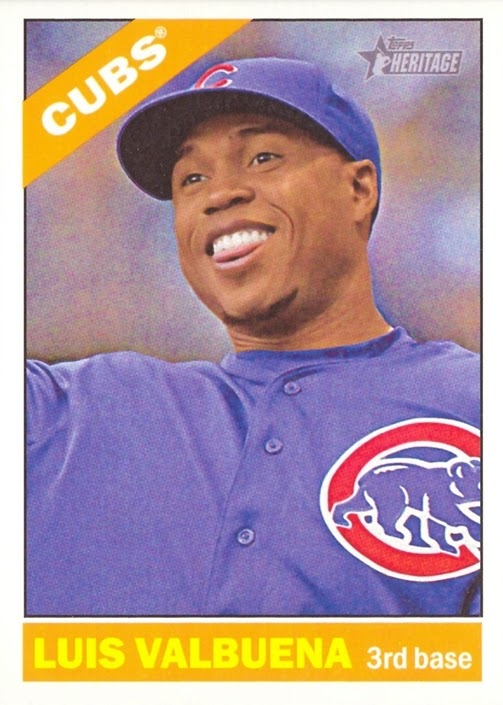 Luis Valbuena got a card, but the Cubs traded him to the Astros on January 19, which would have been too late for Topps to make any changes. The combo card features the Cubs double play combination of Castro and Baez.  The Cubs didn't have a combo card in the '66 set, and Castro and Baez played together for just a quarter of the season.  Yet Topps deemed them combo-worthy.  Interesting. 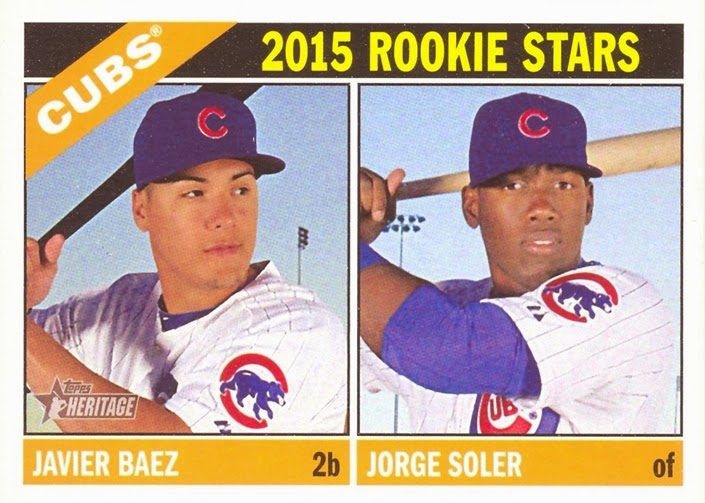 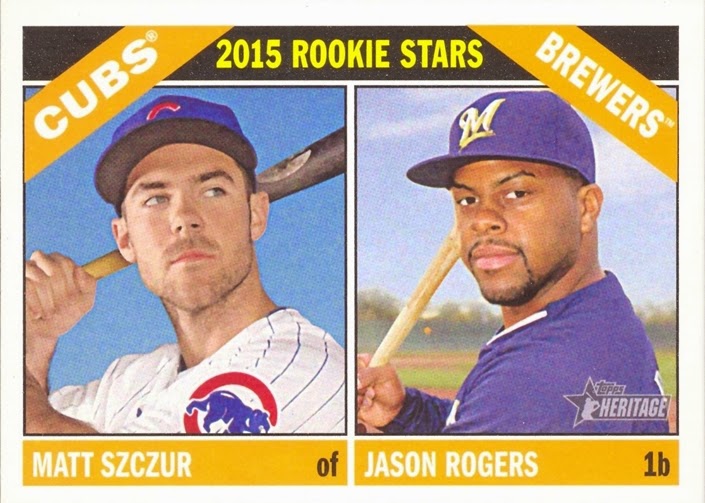 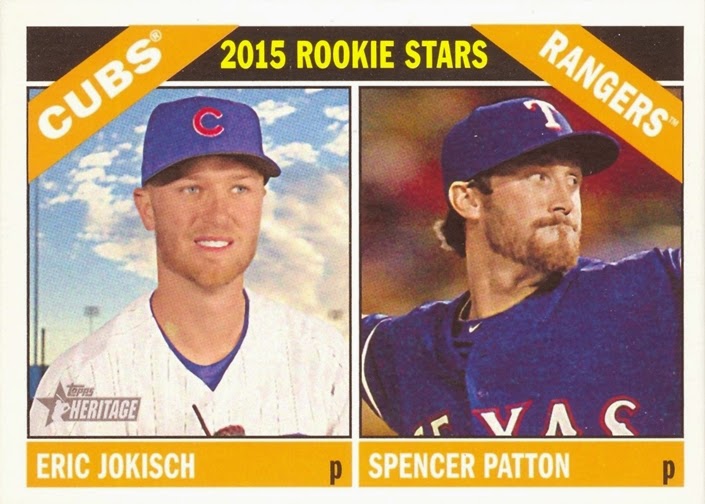 Four rookies on three cards...not too bad.  I really like the Baez / Soler card because that's what the 1966 rookie cards looked like, both players from the same team.