The 2015 version of Heritage features several insert sets that have been repeated over the years.  Bazooka, Baseball Flashbacks, News Flashbacks, New Age Performers, and Then and Now are all back once again this year.

Three Cubs cards are among them. 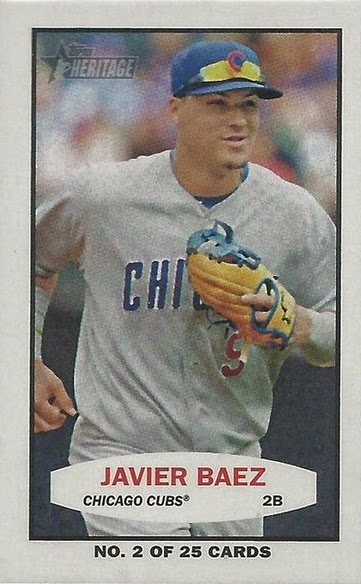 Javier Baez was given a spot in the Bazooka set. 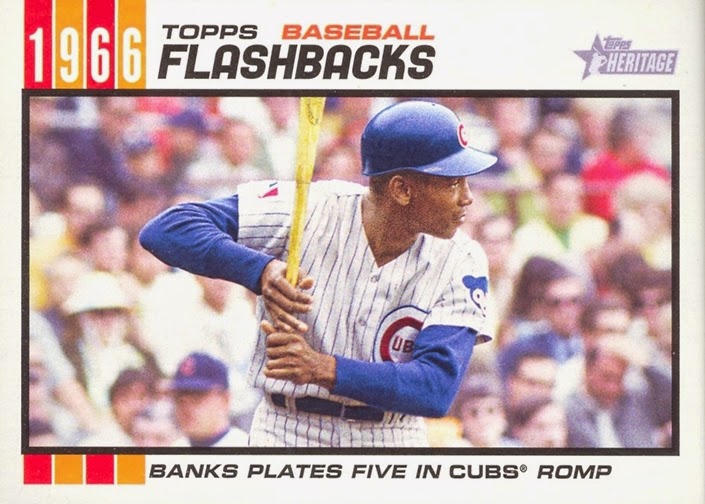 Mr. Cub makes another appearance in Baseball Flashbacks.  This makes his seventh time on the Flashback checklist.  He is the only Cub (besides a weird 2008 card of Kosuke Fukudome that flashed back to 2008!) to be featured in Flashback.  Hopefully we will soon get a Flashback of Santo, Billy, or Jenkins. 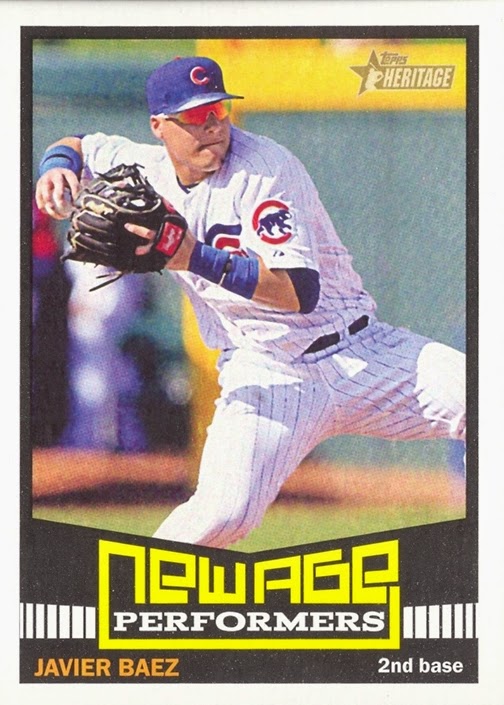 For the first time since 2009, the Cubs have a New Age Performer.  Topps sure seems to have jumped on the Javier Baez bandwagon.  I'm not jumping on until he can cut down on his strikeouts. 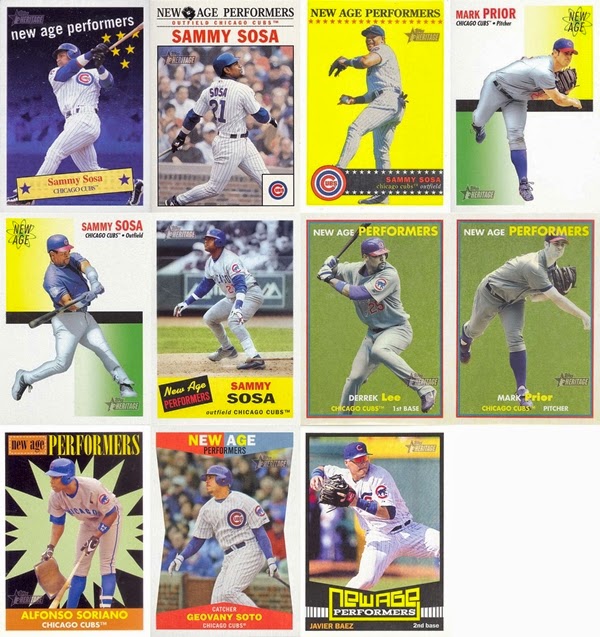 Here's a small tile of all the Cubs New Age Performers.