I picked up the third and final Cubs sparkle SP card, 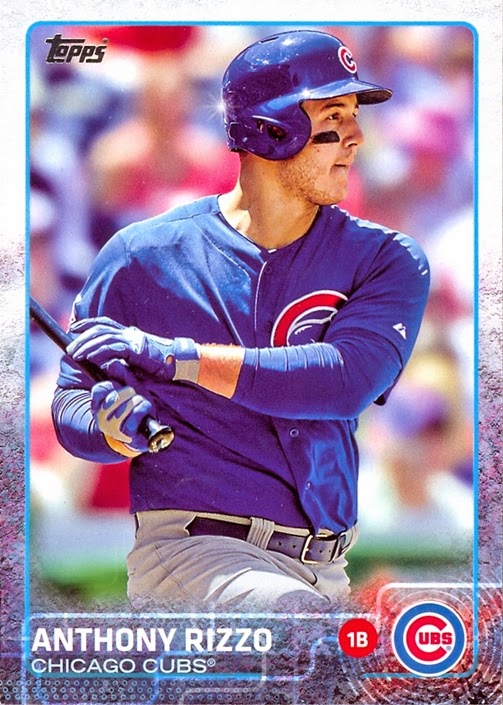 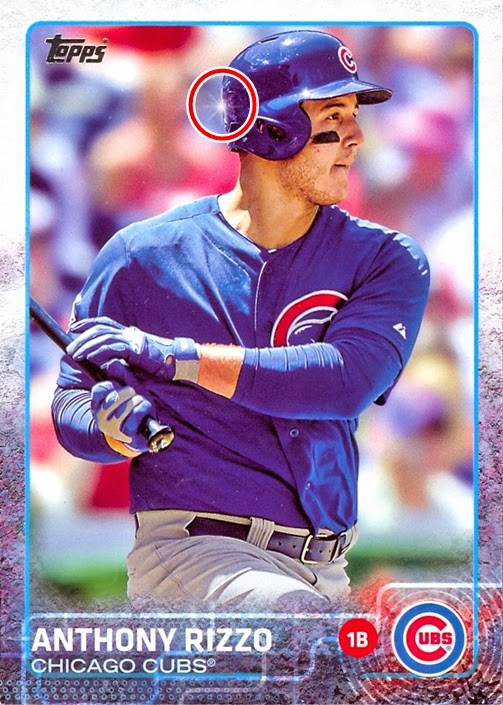 There's the sparkle on his helmet.

While it's nice to see three Cubs included in the gimmick, it's also made things a bit rough on the wallet.  I paid more for the three sparkle cards than I did for all the other 2015 Cubs cards.  Ouch.

The sparkle cards continue to be scarce and if you're looking to pick one up, you may need to be patient.  Right now (Sunday night) there aren't any more Rizzo sparkle cards listed on Ebay and a total of nine have been sold.

For the other two Cubs, its a similar story.  There is just one Castro and two Baez sparkles available.  The sold totals are Castro, 10, and Baez, 11.

We're just about a month since Series One was released, and if only ten or eleven of each of these was listed, I wouldn't consider them SPs, I'm going with SSPs.
Posted by Wrigley Wax at 7:00 AM