I've picked up a couple 2015 Cubs schedules for my collection. 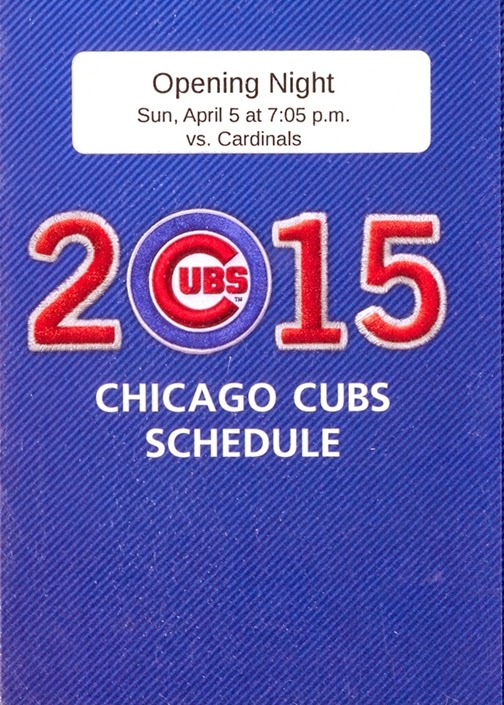 This is one that was put out just as the 2014 season ended.  The cover is almost identical to last year's version and is pretty boring.  Once it was announced that the Cubs were going to be playing on Opening Night, a sticker was added to the front.  I wonder which office people got stuck with that job? 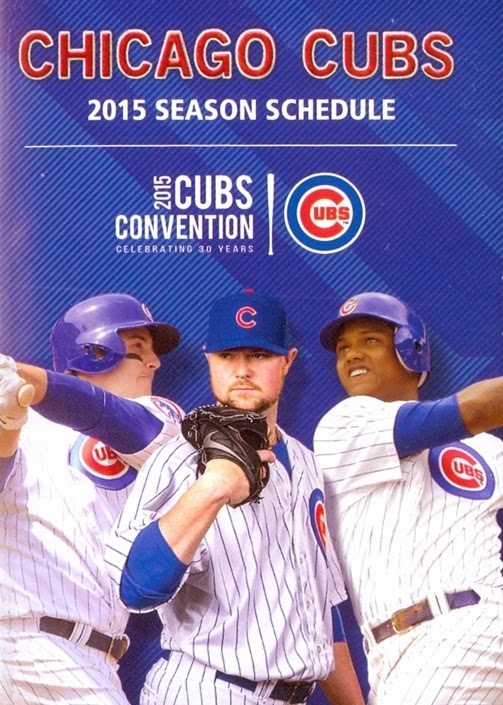 This one was given away at the Cubs Convention in January.  It's got a cover that's a little more exciting than the one on the previous schedule.

Most year there would still be two or three more schedules to collect.  The Cubs should be putting out another one soon that would replace the convention schedule.  Those I usually get by calling or emailing the Cubs directly.

The there usuals would be from WGN TV and radio.  There will be no WGN radio schedule since the games have moved to WBBM.  Will they put out a schedule?  WGN TV has a limited number of games this year, only 45 games, and none on the cable version, WGN America.  I doubt they'll put out a schedule with so few games on their station.
Posted by Wrigley Wax at 7:00 AM