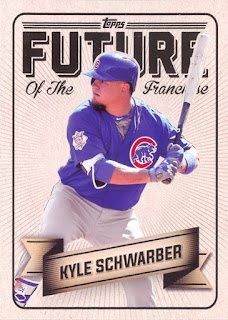 Kyle Schwarber is in the Future of the Franchise set.  He's good, but shouldn't it really be Kris Bryant?  The back of the card talks about him recovering from his knee surgery, so we know the set was put together after he got hurt. 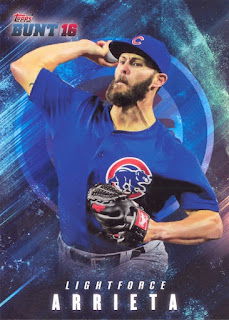 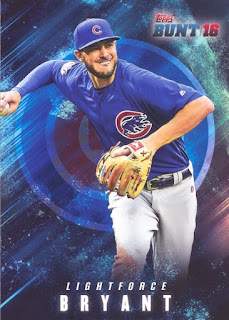 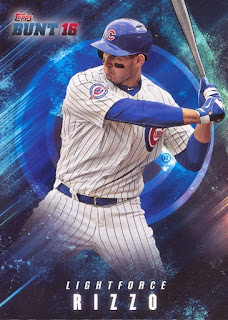 Three Cubs made the Lightforce set.  The picture on the Rizzo card is from this year, again showing that these were made after the start of the season. 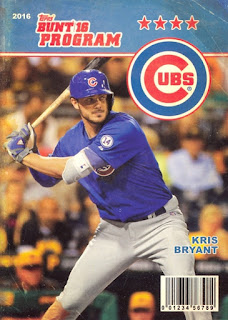 Bryant was in the Program set.  I like the fake UPC code on the fake magazine cover.  The number on the code is 00123456789.  Brentandbecca tweeted that some of his buyers were disappointed because they thought they were getting an actual program.
Posted by Wrigley Wax at 7:00 AM