Slept Right Through It

Thursday night the Cubs magic number was one.  I stayed up until 11:15 p.m. watching them lose to the Brewers.  The magic number stayed at one.

The Cardinals were playing on the West Coast.  I could have stayed up later and watched them play the Giants.  But it was a school night and I get up by 6:00 a.m. in the morning.

The Giants beat the Cardinals and the Cubs were the 2016 NL Central champions.

And I slept right through it.

It was odd waking up in the morning, checking the news, and seeing that they won the division.  I just said, "Great." and I hopped in the shower.

I promise I will be more excited as they work their way through the playoffs.

In honor of my ho-hum attitude, here are a couple of my favorite ho-hum Cubs. 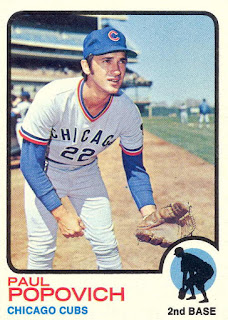 Popovich played for the Cubs for nine seasons.  He never played in more than 99 games in any one season. 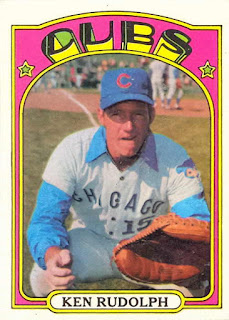 Ken Rudolph was a career back up catcher.  He was with the Cubs for five years and the most games he played in was 64.
Posted by Wrigley Wax at 7:00 AM