Added a New One

A couple weeks ago I wrote on the growing number of cards in the Billy Williams PSA master set.  Seven cards were added to the list that I have been using, while one card was removed.  The changes dropped my completion rate down to 75%. 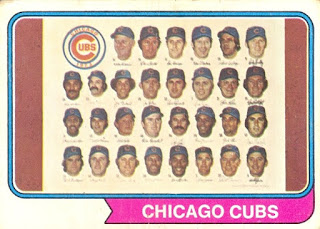 The rate is now up to 76%.  This was the easiest and least expensive of the recent additions, the 1974 O-Pee-Chee version of the Cubs team card.  One thing with the floating heads is that they make it very easy to find the players. Billy is on the far left of the second row from the top.

The front of the OPC card is identical to its Topps cousin. 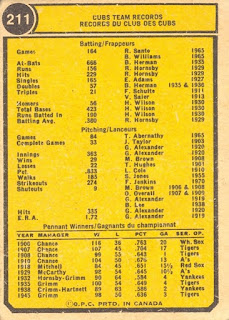 The back is le different.
Posted by Wrigley Wax at 7:00 AM