All I've Got of Him: Jon Lester

He's turned into the ace that we hoped he would be when he signed with the Cubs last year.  Jon Lester is 16-4 with an ERA of 2.51.  He among the league leaders in wins and win percentage.  And yes, he won't make a throw to first.  But if only a couple runners reach base per game, what difference does it make?

As the big free agent, Lester was in just about every product last year and many inserts, too.  His 11-12 record in 2015 didn't impress Topps and he hasn't had as many cards this year as last.  But in just two year, I have amassed 33 cards of his. And you can figure he'll be back in everything again next year. 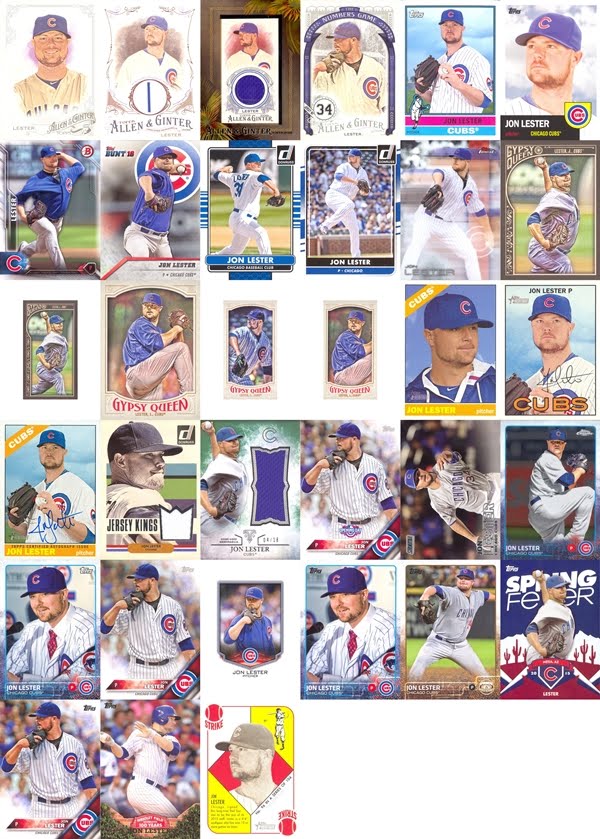