The Cubs first started wearing blue pinstripes on their home uniforms in 1957.  The look of the uniform has changed little since then.  The logo has gotten a little bigger and a shoulder patch was added, but otherwise it looks pretty much the same today as it did back 59 years ago.

And how long did it take for the pinstripes to show up on a Topps card? 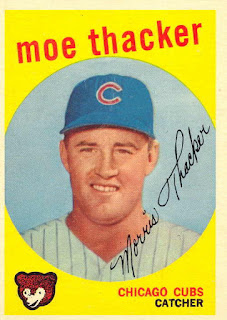 Two years.  This 1959 card of Moe Thacker is the only card in the '59 set that shows a home uniform.  Most of the pictures on cards from the late 50's look to be taken in New York, Philadelphia, or San Francisco. 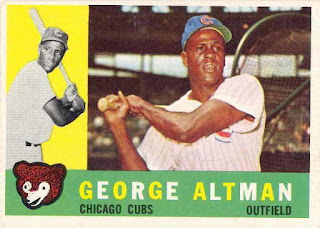 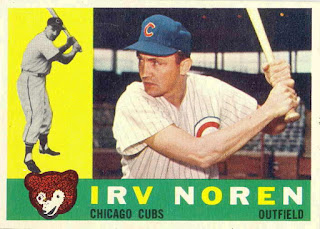 The 1960 set has several cards with pictures from Wrigley Field, but they don't give a full look at the home uniform. 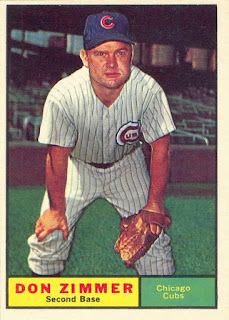 Finally in 1961 we got a card that gives a great look at the home pinstripes. 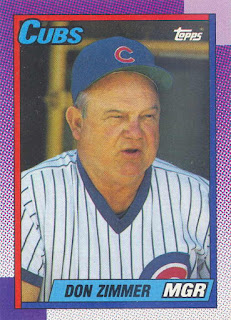 29 years later, Popeye in pinstripes again.
Posted by Wrigley Wax at 7:00 AM