Ten of the cards featured Cubs and Brentandbecca delivered as usual.  In a shocking upset, Card Edwards was not included in the high numbers.  Topps includes him in all the sets that came out early in the season when Edwards was in AAA.  Now that he has been pitching for the Cubs (and quite well, too), Topps leaves him out. One of the other Cubs cards mentions an event that happened on July 3.  Edwards was called up in late June.  So he was finally with the big league team before the cards were printed.  Yet he was not in the set. 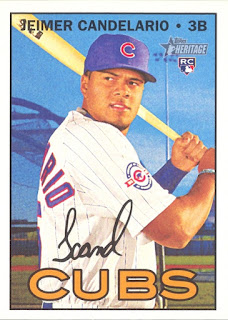 Jeimer Candelario was with the Cubs for just a week or so in July and he gets a card.  The new Carl Edwards?? 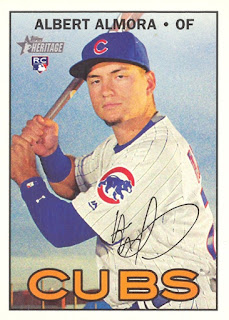 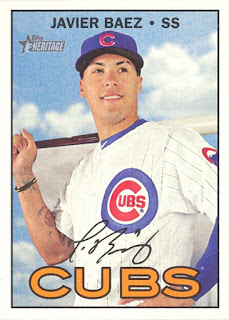 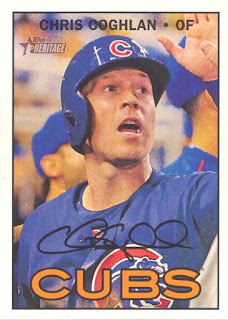 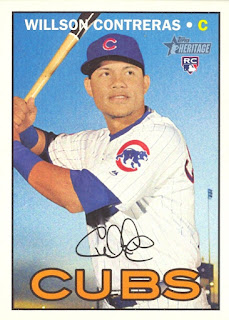 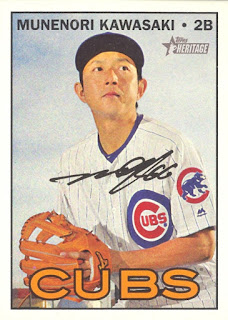 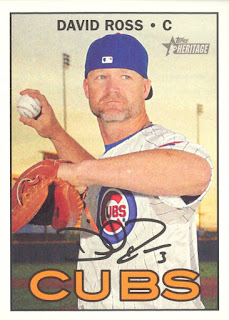 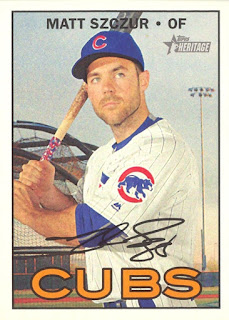 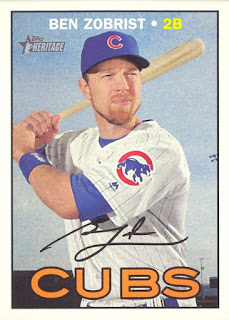 It's nice to see Topps give Grandpa Rossy a card in the set.  With Contreras also included, all three of the Cubs catchers ended up with a Heritage card.  I'm also happy to see Matt Szczur included.  He's been pretty good this year, when healthy.

If you look at the positions of these nine, you'll notice that every one is a position player. Not a single pitcher was included.  Pedro Strop and Justin Grimm could have had cards made.  Seems like the bullpen guys are usually the first ones skipped.  No respect for the pen.