All I've Got of Him: David Ross

He's been with the Cubs for just two seasons.

Those two factors aren't very favorable for a player to have many cards.

When the Cubs signed him I thought it was a bad thing.  I figured that they had to promise Lester they would get his catcher in order to sign Lester.

But I was wrong.  His signing was a great thing.  Ross is more than Lester's personal catcher.  He is a veteran leader on a team of young players.  And the team really has responded to him.  Ross isn't the "Stay off the lawn you punks" sort of grandpa.  He's the "Lets have some fun but don't tell your mom and dad" grandpa.  The young guys love Grandpa Rossy.

I think the team will really miss him in the clubhouse next year.  I hope the Cubs keep him as a coach.  I think Ross would end up making a fine manager some day.  Maybe he could replace Maddon after Joe retires following the Cubs third straight World Series title in 2018. 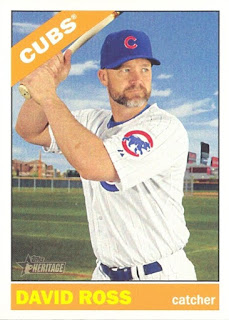 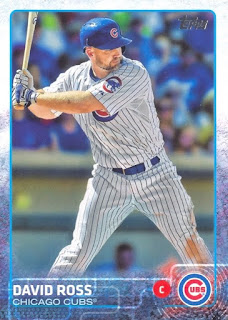 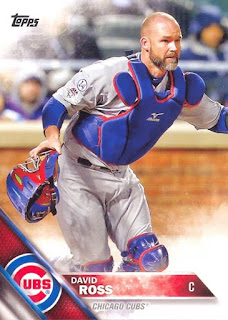