Ben Zobrist was living the dream.

Everyone from my generation rode their bike to their little league games.  When I was 8 and 9 the parks were right down the block (easy ride) or about 1½ miles away (little tougher ride).  Later parks were some where in-between.  But we put on the uniform (dreaming that we were big leaguers), put the mitt on the handle bars, dangled the spikes there too, and rode to the game.

On Saturday, Ben Zobrist did the same thing. 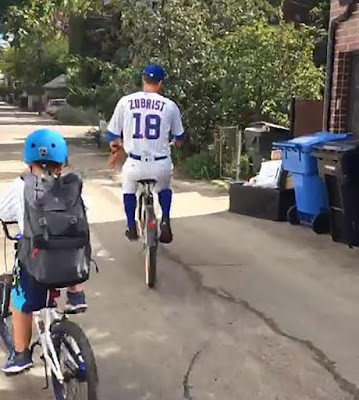 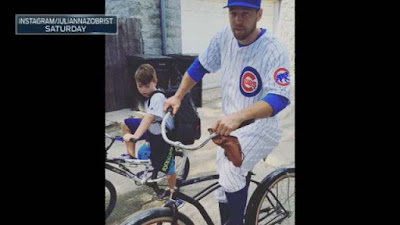 He lives just a mile from the ballpark, and along with his son, he put on his uniform, hopped on his bike, and peddled to Wrigley.  It's awesome that he's got the mitt on the handle bar.  And while he didn't put his spikes over the bars, too, he is wearing PF Flyers, ala The Sandlot.

I love that this Cubs team is full of players that "Get it". 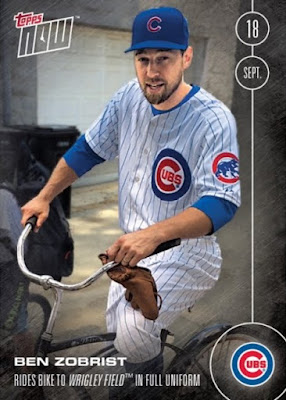 And look, Topps gets it too!!  I'm sure that there aren't many of the Topps Now cards that deal with off-the-field events, but this was clearly a have to for the set, and Topps did.  Kuddos!
Posted by Wrigley Wax at 7:00 AM