In addition to the nine base cards in 2916 Heritage high numbers, the Cubs landed seven cards among the inserts.... 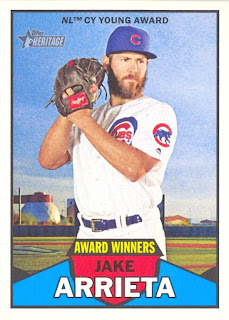 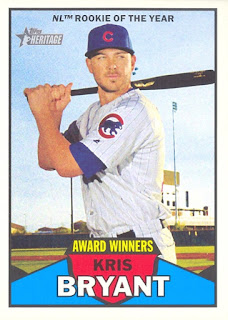 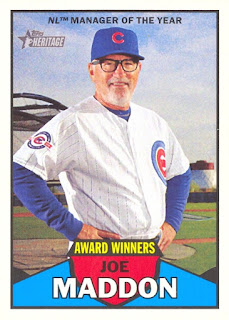 Here's three from Award Winners.  Next year will they have several more?  Bryant MVP...good chance.......Hendricks or Lester Cy Young....good numbers from each, maybe......Maddon a repeat for manager of the year? 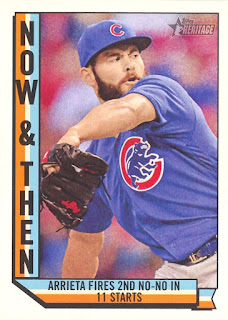 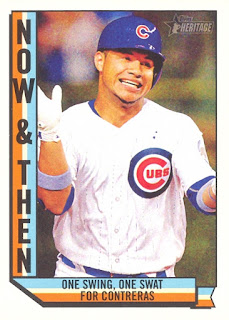 These cards list an event from 2016 and something from the same date in 1967.    Arrieta' no-no was on April 21 and on that date in 1967 the Dodgers were rained out at home for the first time in 737 home dates.  Contreras hit a home run on the first pitch he saw in the majors, on June 19.  49 years earlier, the Indians swept the A's in a double header, scoring the winning runs in the eighth and ninth inning. 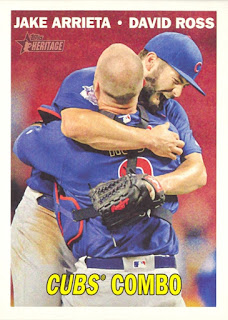 This is an odd combo....shouldn't it be Jon Lester and David Ross??? 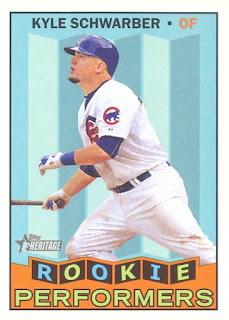 The back of the card compares Schwarber with a 25-year-old Boog Powell.  He is built a bit like Boog.