Here's another one of those small sets that I've been picking up.

This one is small in checklist size, but not in card size.

(As an aside, there was also a test release of Super in 1969, limited to the New York City area.  The cards were thicker than regular cards, but the dimensions were smaller.  Leave it to Topps to call smaller cards Super!)

The front of the card features a borderless picture, and the picture is different than the one on the regular card. The back mimicked the regular cards.  That means you can't tell which year a card is from based on the front, but the back is a dead giveaway

Here's a look at a Super and regular side by side. 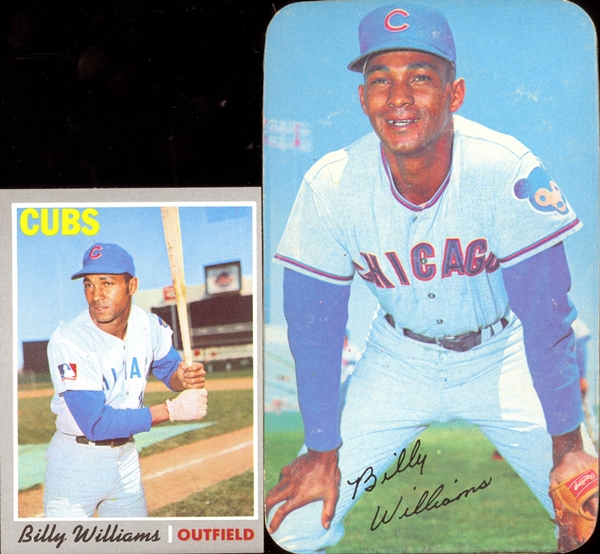 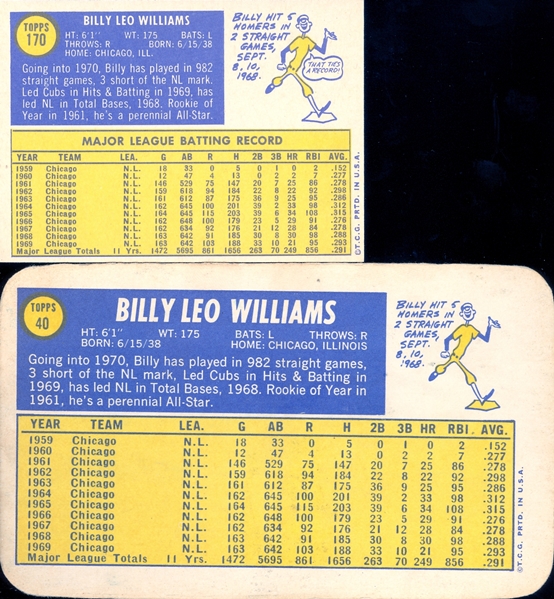 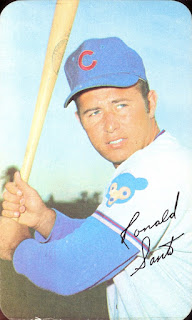 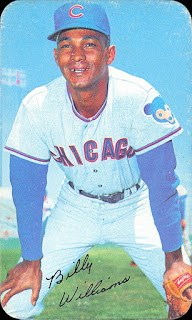 The 1970 Cubs were Ron Santo and Billy Williams.  The Williams picture looks to be from the mid-Sixties. 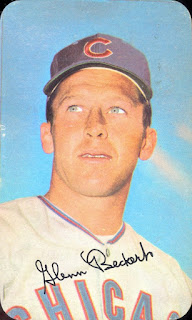 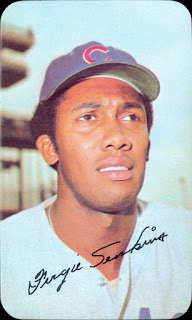 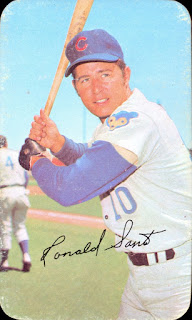 In 1971, the three Cubs were Glenn Beckert, Fergie Jenkins, and Ron Santo.

After two years Topps discontinued the set.  It returned for a three-year run in 1984 and I'll have those cards tomorrow.