The Diamond Kings set is another one of those sets that I had to get caught up with.  I had all of the original Donruss Diamond King sets from the early 2000s.  When Panini brought the set back in 2015 I ignored it due to the last of logos.  I've relented on that and have gone back to grab the 2015- 2017 Cubs.  Today I've got the most recent edition.

The 2017 set consists of 175 cards.  The players are both current and retired.  There are also 24 cards with photo variations. The Cubs netted 18 cards, 14 base and four variations. 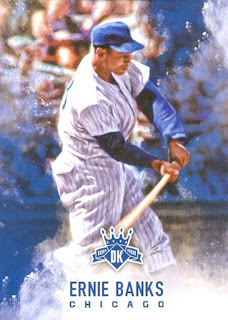 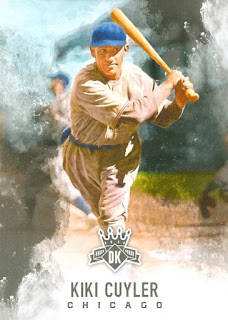 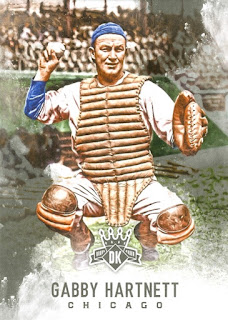 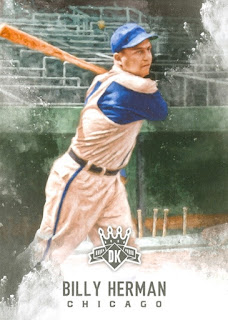 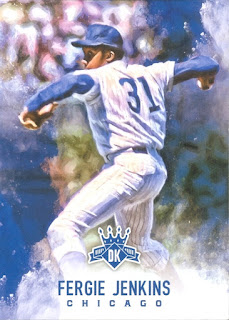 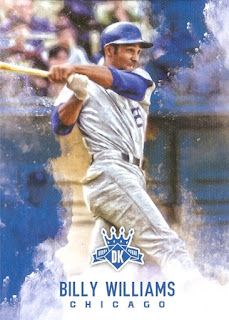 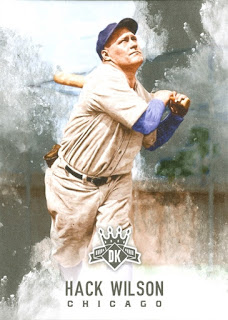 These are the seven retired Cubs in the set.  Some of these cards have gold print while other have blue ink.  I haven't figured out if there is any reason for the difference. 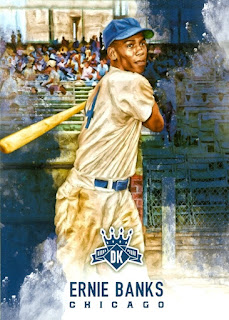 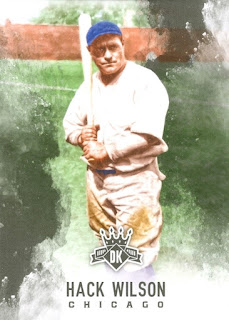 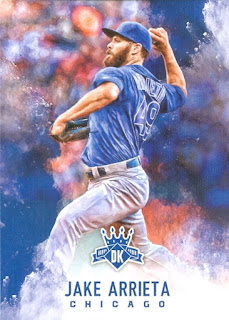 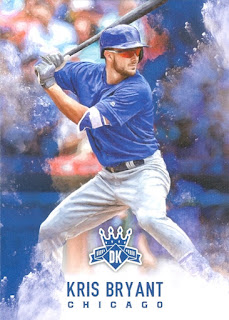 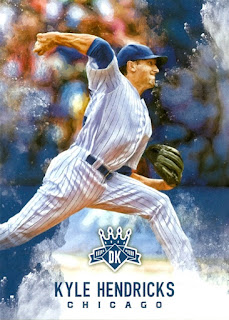 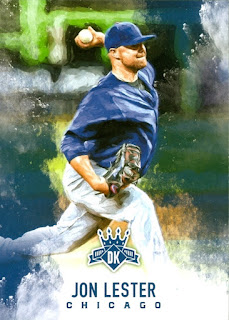 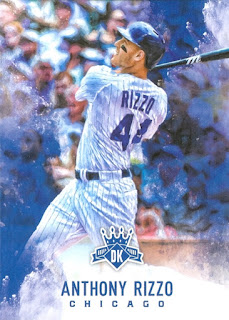 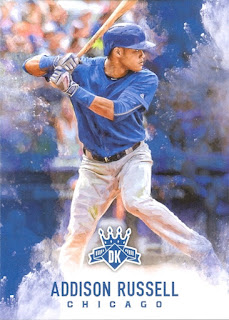 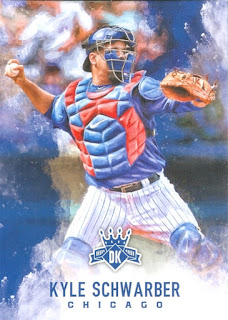 Seven active Cubs had cards in the set, to match the seven Hall of Famers.  Its interesting that they showed Schwarber as a catcher. 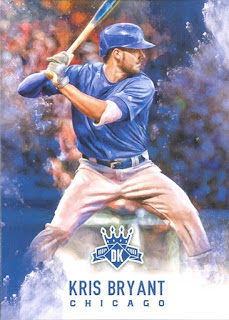 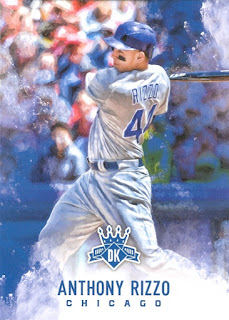 The cards all look nice enough, or at least as nice as logoless cards can look.  I'll be working my way backwards the next couple days, with the 2016 and 2015 sets.