In 2015 Panini brought back the Diamond Kings brand.  It ad not been produced since 2005.  The return set consists of 150 active and retired players, 50 rookies, and 20 rookie photo variations.  Twelve Cubs made it into the set. 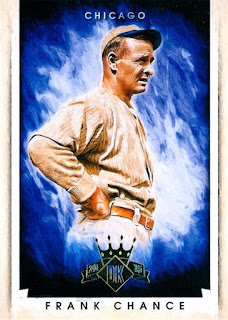 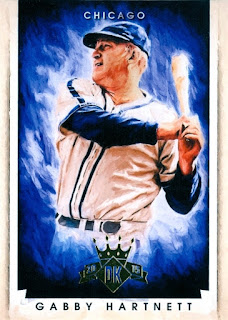 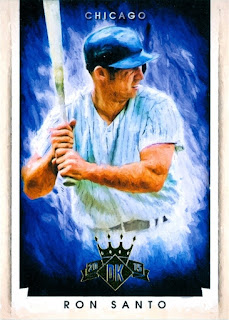 Chance, Hartnett, and Santo are the retired Cubs.  I wonder how Panini was able to include Santo. Since his death his card appearances have been pretty scarce. 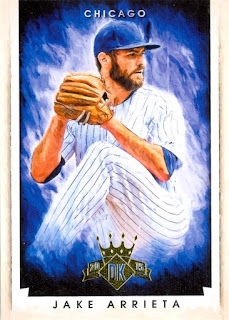 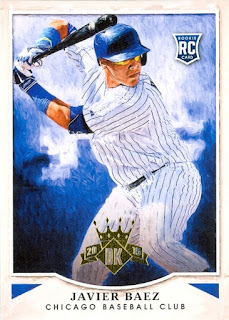 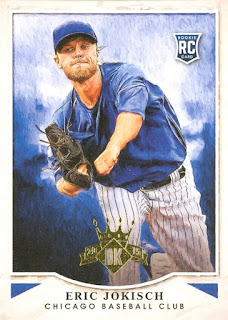 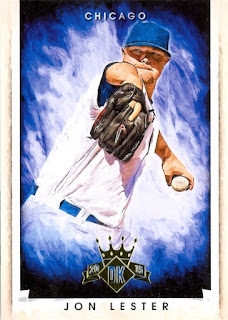 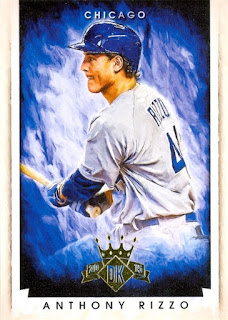 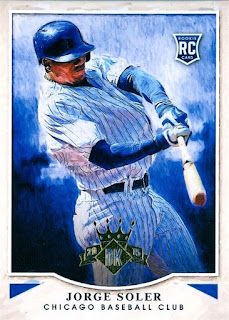 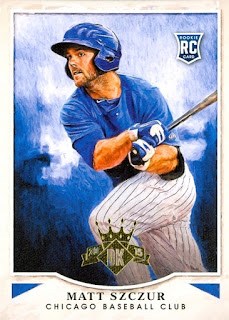 Among the active players there are three veteran Cubs and four rookies.  Panini was really stretching things to include Erik Jokisch in the set.  He pitched in four games for the 2014 Cubs, but was injured for a good chunk of 2015 and spent the season in AAA. 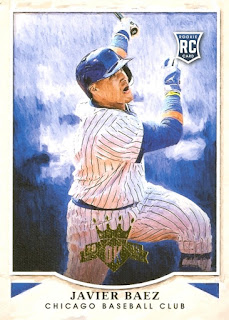 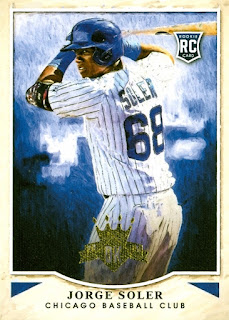 Javier Baez and Jorge Soler were two of the 15 rookies with a photo variation card.