After a couple days celebrating Christmas, it's back to the stack from Chad.  Today is the third and final installation and it features the older cards. 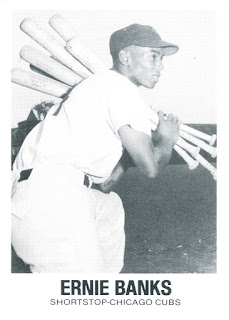 Mr. Cub was one of Renate Galasso's Glossy Greats. This was from a 1977 set and was often a freebie tossed in if you bought a set from Brooklyn-based Galasso. 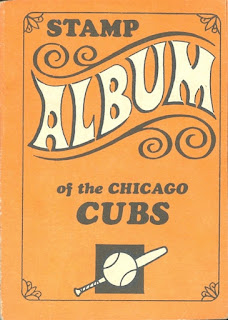 Topps put out a stamp set in 1969, with ten stamps for each team.  Chad sent over an album with all ten of the Cubs.

This little guy is a reprint off of a portion of the T202 set put out by Hassan cigarettes.

This is what the full sized card looks like, a tri-fold with pictures of two players surrounding an action shot. 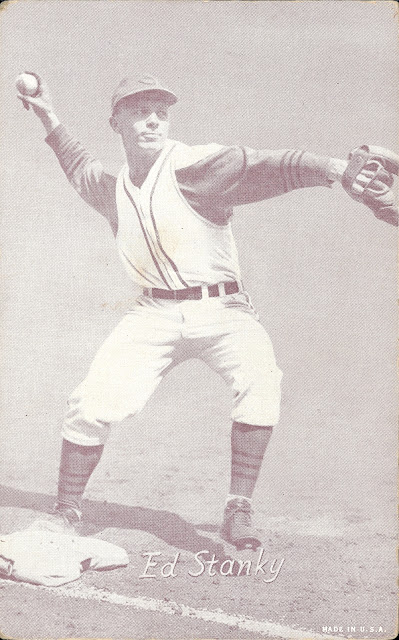 Eddie Stanky broke in with the Cubs in 1943 and was traded to the Dodgers during the 1944 season.

I've save the best for last... 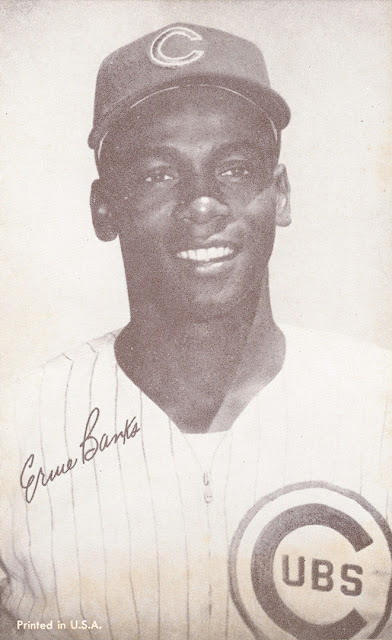 Once again I'd like to thank Chad for being so generous!