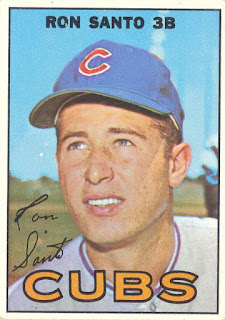 When I was a kid, Ron Santo was the Cubs team captain.  Though he and manager Leo Durocher didn't seem to get along too well, that didn't stop Leo from giving the captaincy to Santo.  Maybe he was a little of himself in the Cubs third baseman.

When Santo was traded to the White Sox after the 1973 season. skipper Whitey Lockman didn't fill the position.  It wasn't until Don Baylor became the manger in 2000 that the Cubs had another captain.

Baylor went all in on the captain thing, naming four players to the post.  And like in hockey, the Cubs captains were given a C to wear, which was placed on their shoulder. 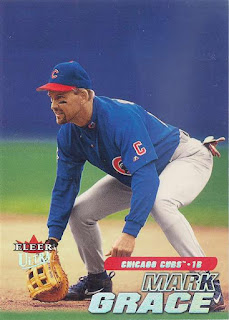 Yesterday's post showed Mark Grace with the C.  Did the other captains have a C showing on any of their cards? 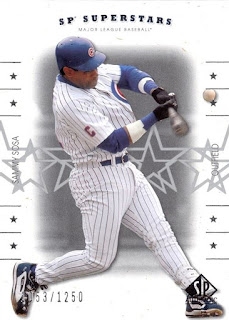 Pretty easy to see on this card of Sammy.

It's not as easy with the other two, who were right handed pitchers. 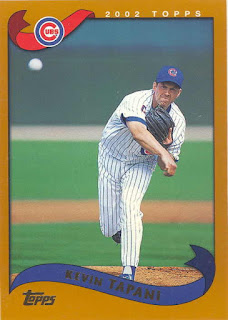 Look next to his glove and you'll see Kevin Tapani's C. 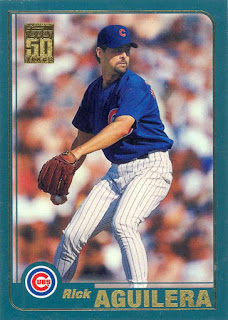 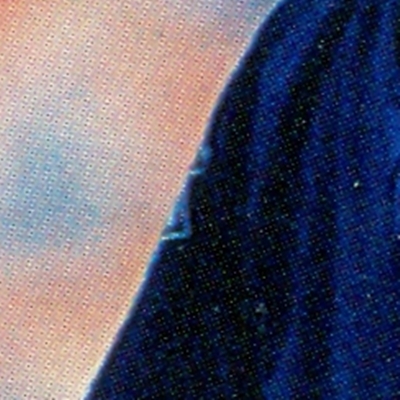 But after blowing up the picture, I think that is the National League logo and Aguilera isn't wearing a C. 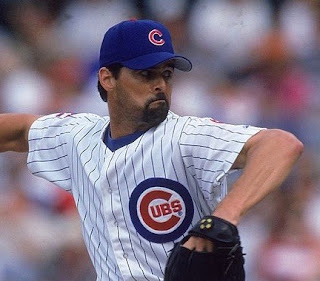 The C is somewhat visible on this picture.

In 2001, Grace and Aguilera were gone and Baylor replaced them with... 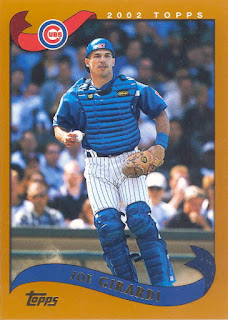 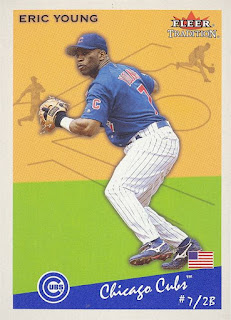 Tapani and Young were done with the Cubs after the 2001 season and no new captains were named. Baylor was gone after the 2002 season, and so were, for all intents and purposes, the Cubs captains. 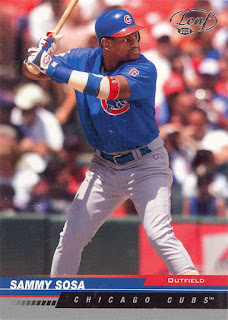 Sammy kept the C and the title, but I doubt anyone in the clubhouse saw him as their captain.  I think that Dusty felt it was easier to just let Sammy be the captain rather than have the drama of removing him.