All I've Got of Him: Jake Arrieta

Yesterday, Joe Maddon was quoted saying that Jake Arrieta is "probably gone."  I guess that means that there won't be any more Jake Arrieta cards showing him as a Cub.

I'd like to seem his back with the Cubs, but I don't think he's worth the money he's asking.  He'll be 32 next season and his numbers have regressed the past two seasons.

From the various brands that I collect I've ended up with 82 different Arrieta cards.  The number of cards got a big bump the past two years, a combination of his Cy Young and the Cubs World Series title.  In fact, 70 of the 82 cards come from 2016 and 2017.  There are just two from 2014 and ten from 2015. 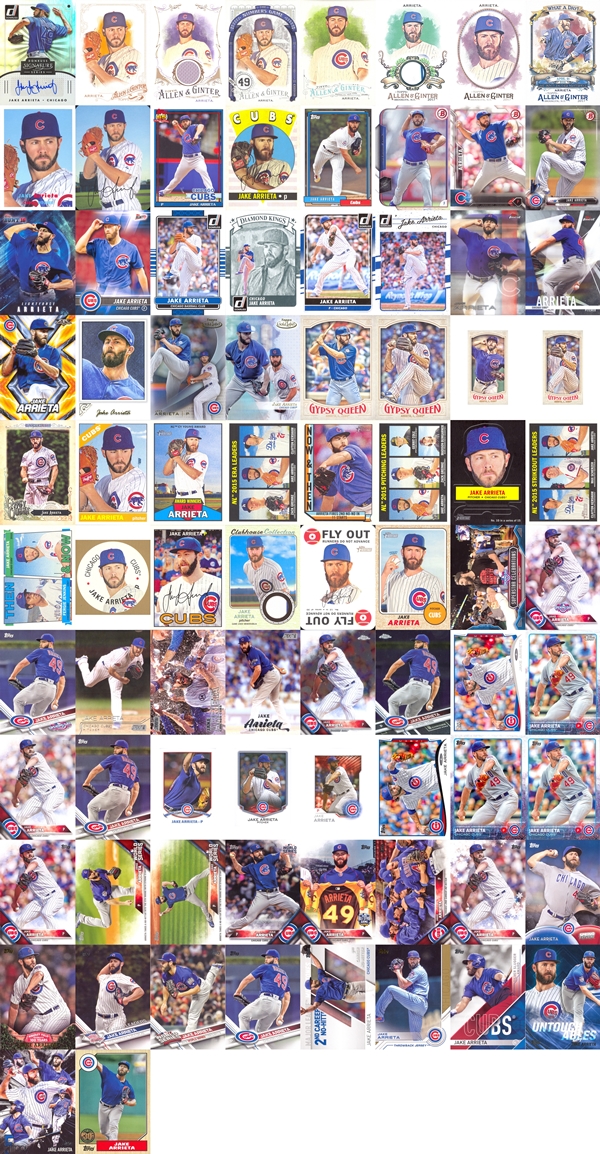