All I've Got of Him: Brooks Kieschnick

It was big news last week when the Angels signed Japanese star Shohei Ohtani.  A power hitter with a 100 mph fastball, the guy seems pretty impressive.

The chatter on a two-way player brought the name Brooks Kieschnick to mind among Cub fans.  He also ended up a two-way player, though he wasn't especially good at either.

In the mid-Nineties, Kieschnick was the crown jewel of the Cubs system.  He was a power-hitting outfielder and was going to be a star at Wrigley for years to come.  He hit .345 over 25 games late in the 1996 season.  There were cards galore of him.

Unfortunately, the crown jewel was zirconium.  In 1997 he hit just .200.  He was left unprotected in the upcoming expansion draft and was selected by the Devil Rays.  He bounced around a few other organizations and then hooked up with the Brewers.

It was there that he reinvented himself as a reliever and pinch hitter.  He spent two seasons in Milwaukee doing double duty.

My collection includes 42 cards of his including a rule-following autograph.  That is an awful lot of cards for a guy that played in just 64 games for the Cubs. 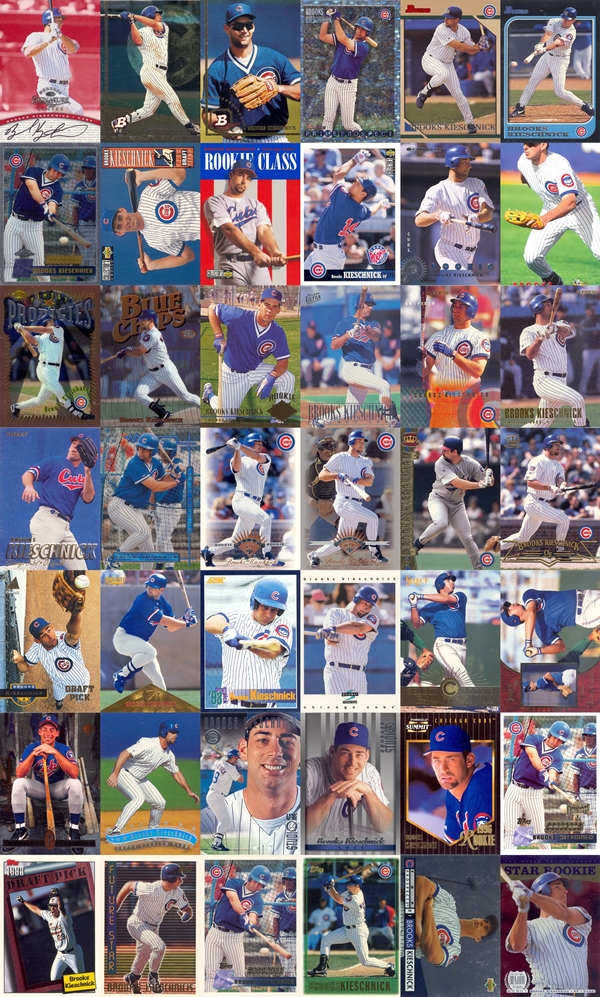