The 2016 Diamond Kings set is made up of 185 players, both retired and current, plus 15 photo variations.  Of those 200 cards, eleven featured Cubs.  Actually none featured "Cubs" since Panini lacks a license from MLB.  To be  correct, eleven feature players from "Chicago" that play for the Chicago National League ballclub. 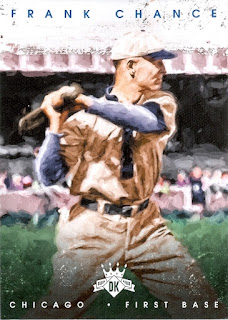 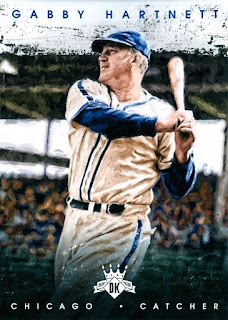 Frank Chance and Gabby Hartnett are the retired Cubs. 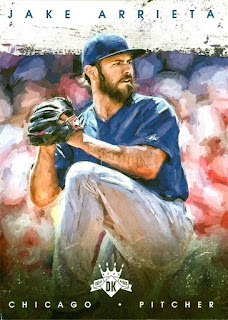 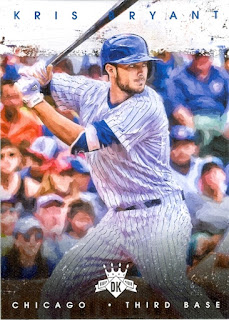 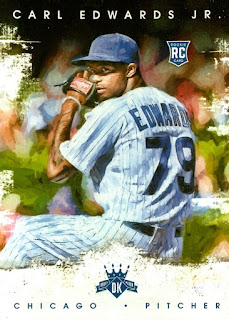 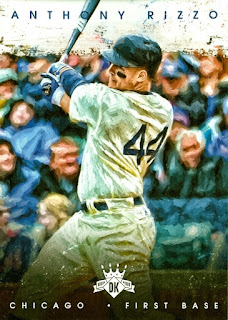 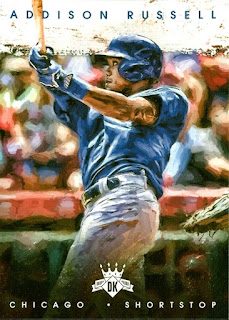 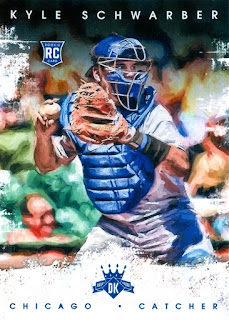 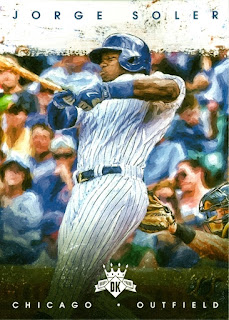 These are the seven active Cubs. I didn't realize that Panini had a think for Carl Edwards in 2016 just like Topps did.  They also used an early picture of him, since he is wearing number 79 instead of the 6 he now sports. 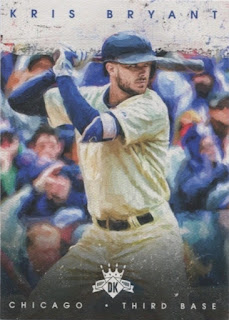 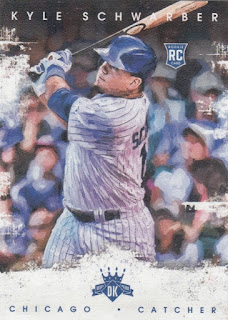