All I've Got of Him: Wade Davis

It was just about a year ago that the Cubs acquired closer Wade Davis from the Royals in exchange for Jorge Soler.  It turned out to be a pretty lopsided trade in the Cubs favor.

Davis was not very good in spring training, but once the season started he was lights out.  It seemed sometimes that he got it done with smoke and mirrors, but he almost always got the save.  A free agent, the Cubs made him a qualifying offer, which he declined.  Yesterday the Cubs signed Brandon Morrow to a 2-year deal, so it looks like they won't be re-signing Wade Davis.

I've got just ten cards of him from his one-year stint with the Cubs.  He did, however, have both a relic and autograph cards that meet my rules, so I've got those two.

Here is the short and sweet Wade Davis collection: 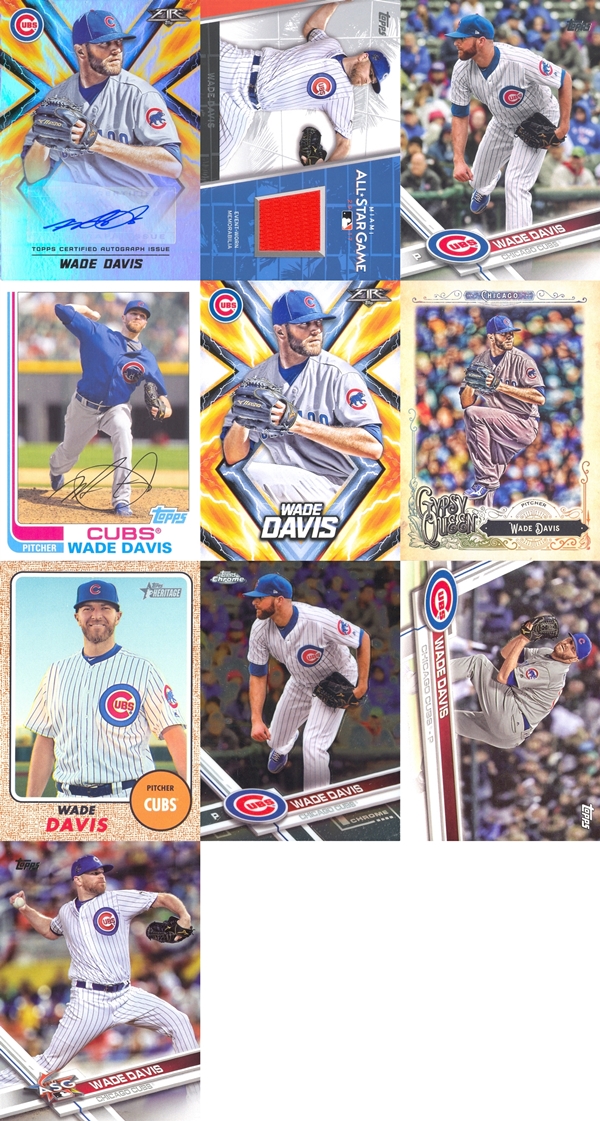