Another member of the 2016 team is now officially an ex-Cub.   Reliever Hector Rondon signed a free agent contract with the Astros.  He will make $8.5 million over the next two years.  That seems like a very generous number for a guy that has struggled to get outs the past season and a half.

Rondon was a Rule 5 pick that the Cubs snagged from the Indians in 2012.  He then spent the next  five years as a member of the Cubs bullpen.  He became the closer in 2014 and held that role until Aroldis Chapman was acquired.  He did a decent job the first two years, but has not  been very consistent since 2016.  I don't think the Cubs are going to be any worse off without him.

As a bullpen guy, he was in just a limited number of sets.  Over the five years with the Cubs, I've got just 20 of his cards. 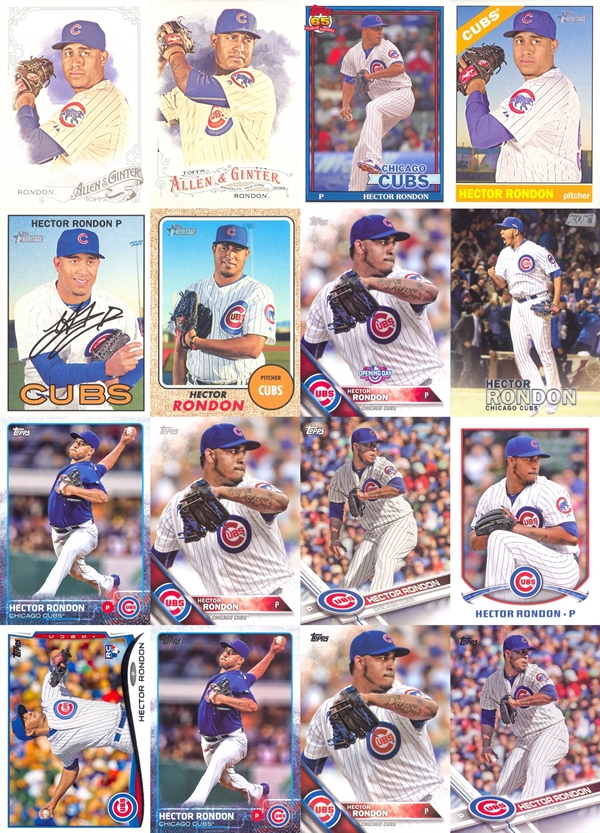