I finished up with all the Bowman Heritage cards yesterday.  It was a gift card from reader Chad that sent me down that path.

Today I've got another card from Chad and a much shorter path that it led to. 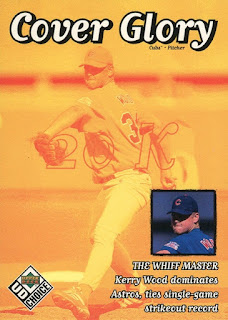 I assumed that I had the cards from the base set of Choice.  I knew that I had completed the run of Collector's Choice years ago.  But I was missing the Choice cards.

Collector's Choice ran from 1994 through 1998.  I guess I was just looking for "Collectors Choice" in 1999 and when I didn't find a set, I was done.  But it seems like Upper Deck just made a slight change to the name, and dropped "Collectors" from the title.  So I took a trip to Sportlots and picked up the four Cubs in the Choice set. 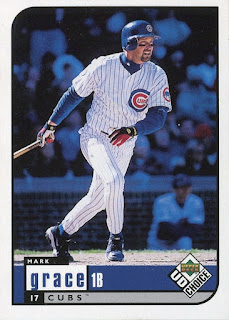 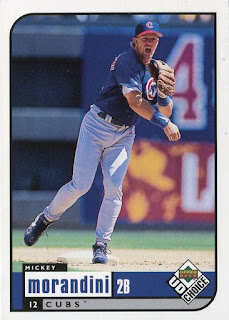 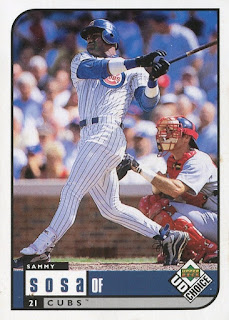 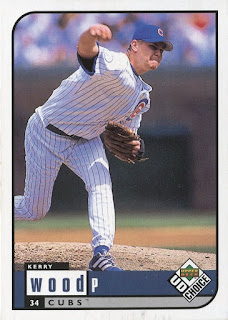 Turns out that Cover Glory has another Cub, too. 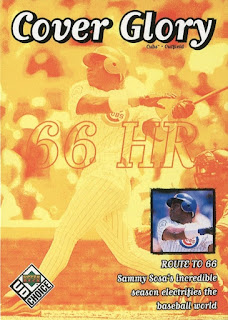 There was no UD Choice in 2000 or any subsequent year, so I can now say with confidence that I am done with Collectors Choice, Choice, or whatever variation of the name UD uses!
Posted by Wrigley Wax at 7:00 AM