I'm not sure how I stumbled onto this set, Donruss' Team Heroes.  It wasn't because of a card from reader Chad.  I think I was just going through a year by year master listing while lookup up another set and found it.

I went though the checklists and liked what I saw.  The sets had both current and retired players, the sets weren't too big, and the cards were plentiful and cheap.  So I grabbed the Cubs cards from the three-year run.

Below are the cards from the debut Team Heroes, which came out in 2003.  There are 548 cards in the set and 26 of them are Cubs.  I'll start with the "retired" guys.  Look the cards over carefully and see if you can figure out the reason for the asterisk. 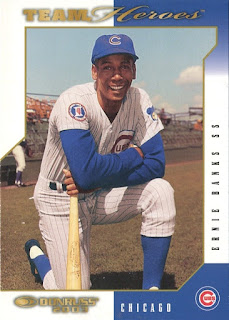 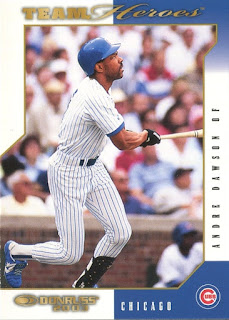 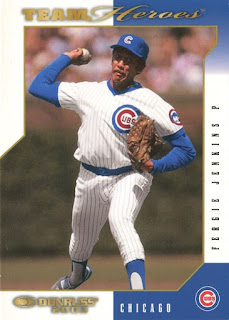 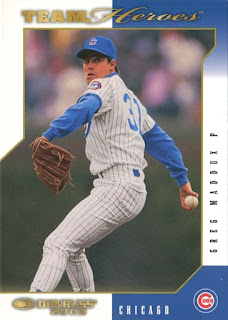 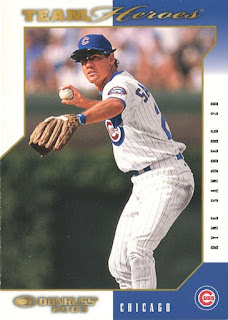 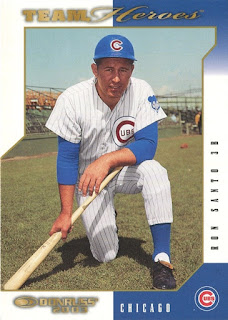 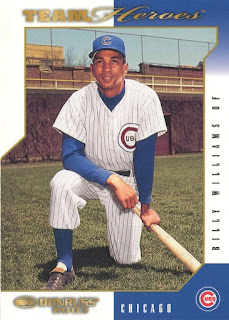 Donruss made excellent choices.  All of these are Hall of Famers, though not all were in the Hall in 2003.  And the reason for the asterisk?

Greg Maddux.  He wasn't retired in 2003.  He was with the Braves.  But Donruss decided to either cause Cubs fans great pain or they were able to see into the future.  In 2004 Maddux rejoined the Cubs.  Maddux also has a card in the set showing him with the Braves.  I wonder how many other players had multiple cards?

Up next are the current players,. 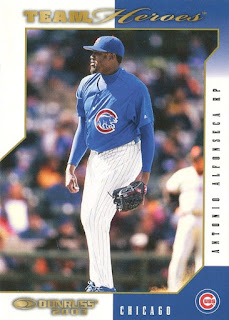 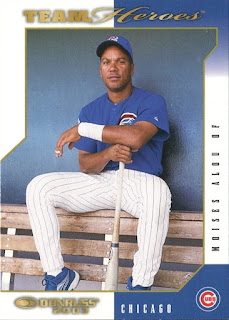 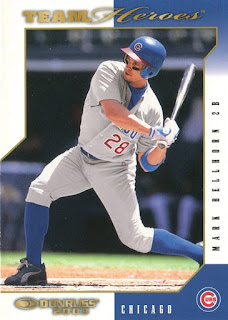 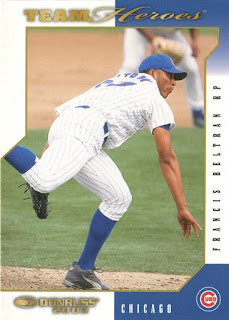 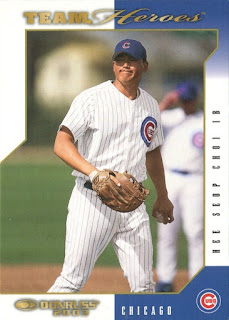 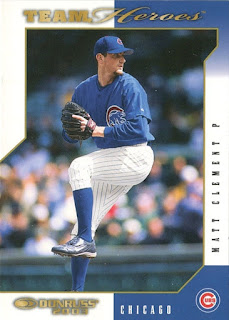 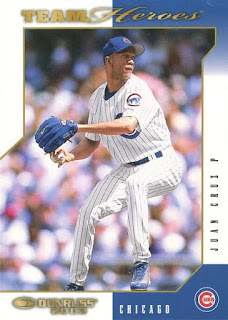 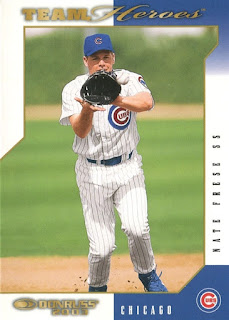 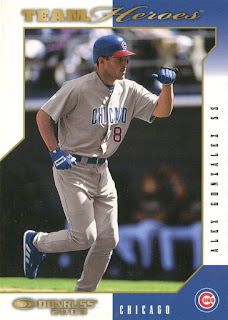 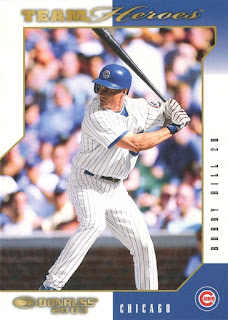 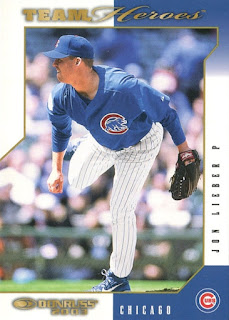 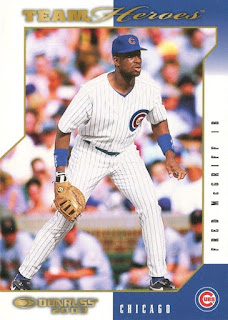 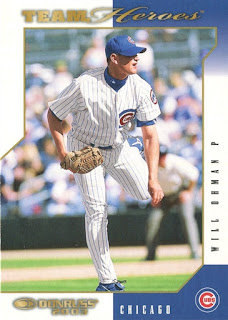 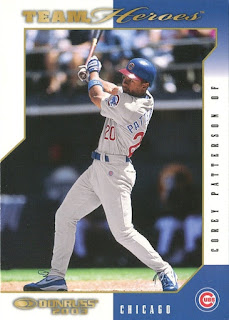 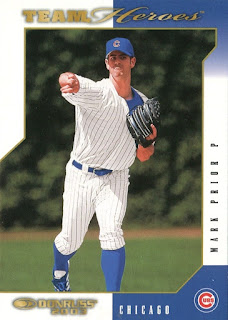 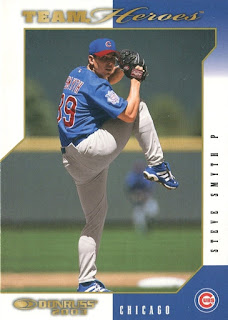 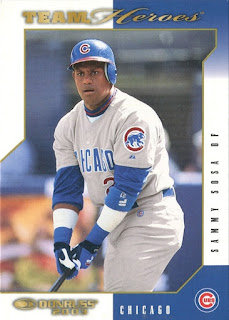 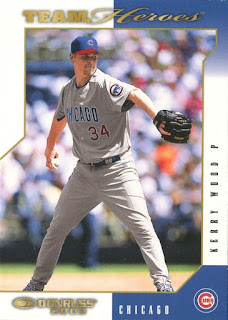 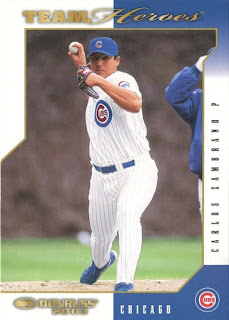 A lot of those guys didn't stick around for the entire 2003 season as the team was rebuilt on the fly into the division champs.  Only eight of the nineteen were on the NLCS roster.