Today we have the last of the first run of Bowman Heritage.  The 2007 set uses the design from 1952.  Sales of this must have been down quite a bit for Topps to quit even though the 1950 and 1953 designs hadn't been used yet.

The design is another plain one, though this time Bowman added autographs of the players so you had a chance to figure out who's card you're looking at.  Seven Cubs were in the set. 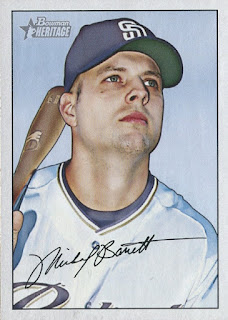 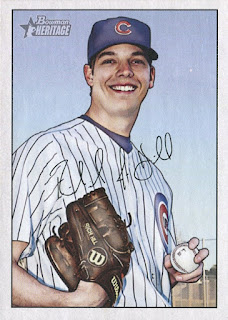 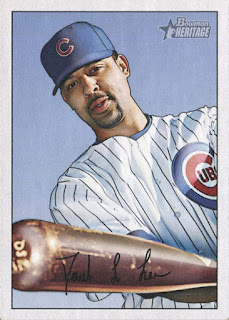 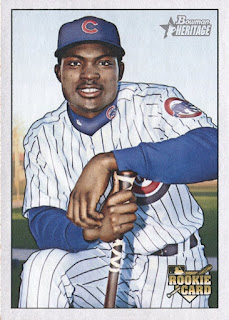 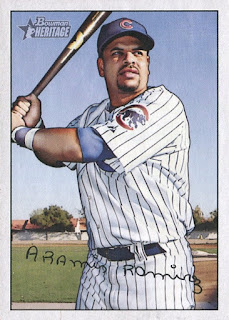 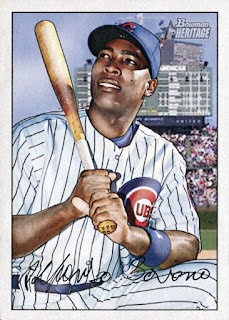 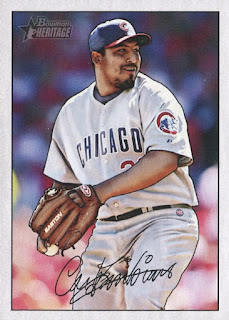 The Cubs picked up Michael Barrett prior to the start of the 2007 season.  Since this set was released in November, I don't know why Topps decided to show him in the uniform of his former team, the Padres.

Things were changed up quite a bit with the prospect set.  Instead of using the Bowman design, Topps went with the 1954 Red Heart Dog Food set.  I have no idea what the connection is between Bowman and Red Heart.

Five Cubs were among the 100 players, which is a much better showing that the one from the previous year. There are even a couple of names you might recognize, including Jeff Spellcheck. 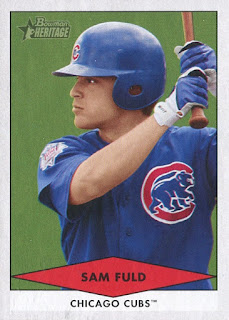 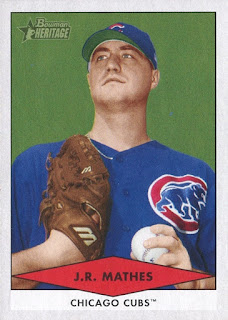 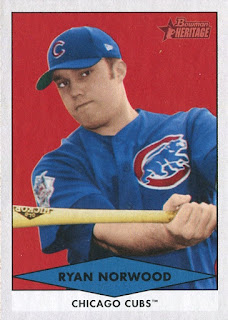 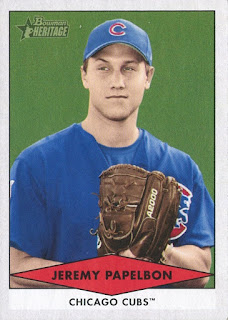 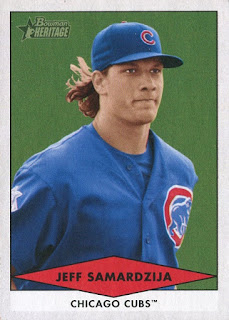