The Decades Best insert set is something new.  There are 100 cards that highlight players and teams from each of the decades of the Topps era, from the 1950s to the 2010s.

Cubs players or teams landed in all of the decades except the 1960s and the 2000s. 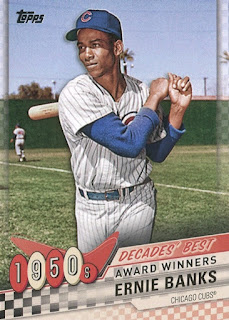 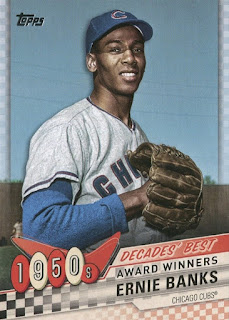 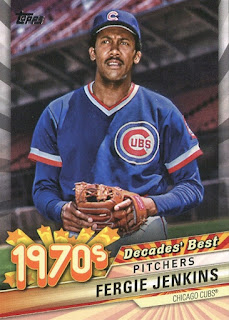 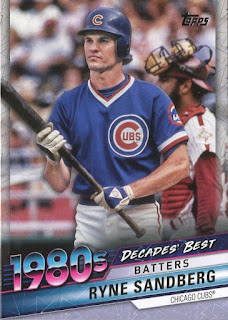 Ryno was one of the best batters in the 1980s.  He put up offensive numbers by a second baseman that hadn't been seen in a long time. 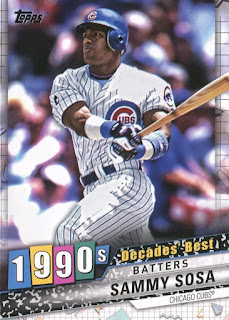 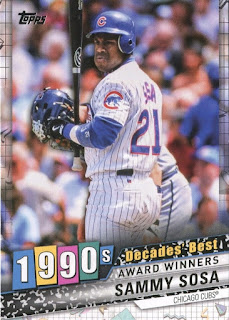 Sammy was one of the best batters and an award winner in the 1990s. 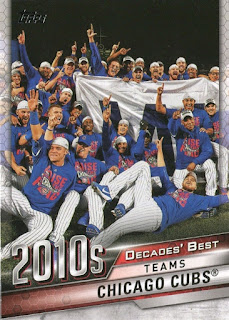 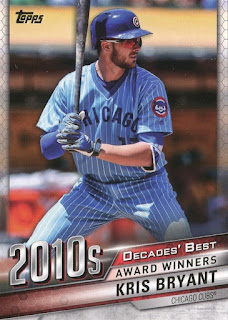 From the 2010s we get the World Series winners (P-Town Tom--- you'll need to get that card for your World Series binder) and the 2016 MVP.