When the Topps 2020 Series One checklist was released, there was one card listed that was a bit of a head-scratcher.  Listed as a Cubs card, #325 was called "Like Father Like Son."

Topps has had these types of cards before and one of them showed a Cub. 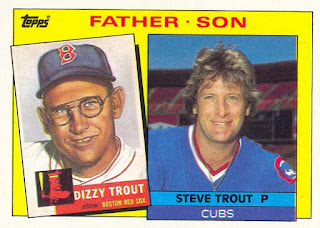 But I couldn't think of anyone currently with the Cubs that has a dad that played in the majors. The only possibility I came up with is Dwight Smith, Jr., who's dad played for the Cubs. So who is on the card?

Now that the cards are out I have the answer. 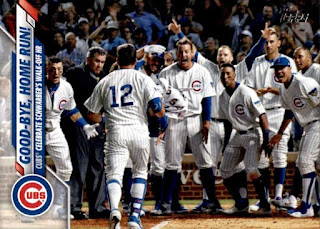 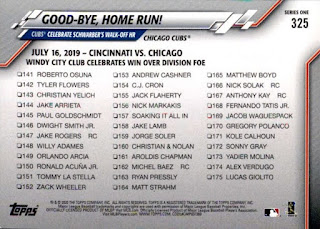 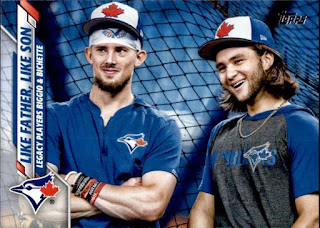 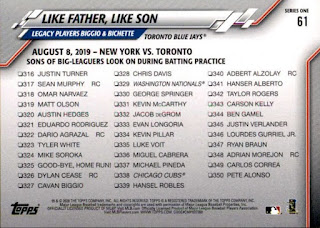 The checklist from Topps names this cards as "Manny Being Manny".

Turns out that nine out of the ten checklist cards were misnamed on the checklist that Topps released.

Here's how Topps messed it up the checklist they issued.....