Topps 2020 Series One Base Cubs 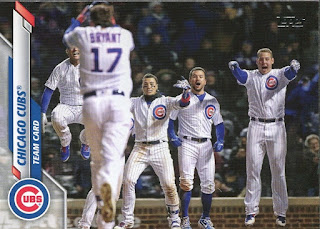 Let's Celebrate!  My Series One shipment from Brentandbecca  has arrived!

I'll be posing the contents over the next week.  Today I start with the flashship Cubs.  There are fifteen Cubs cards among the 350.  I'm happy with that number, considering the mediocre season the team had in 2019. 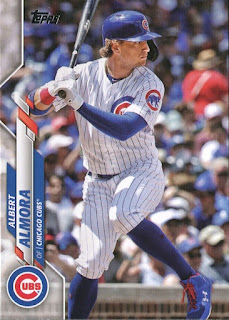 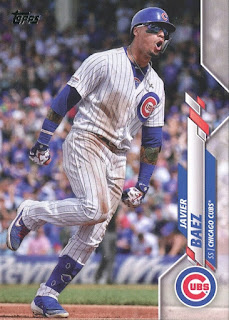 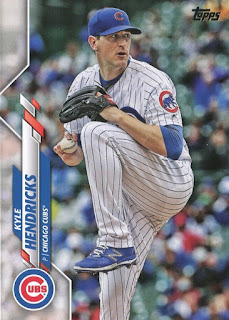 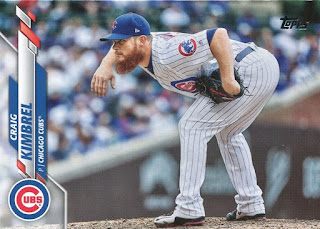 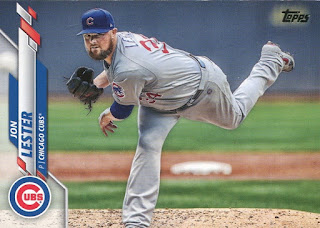 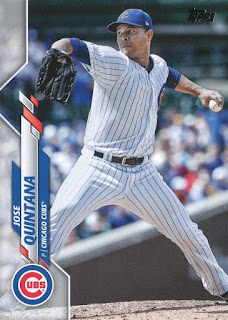 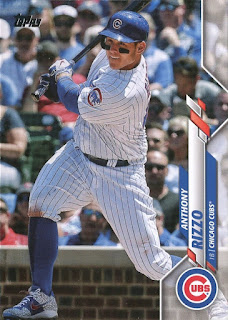 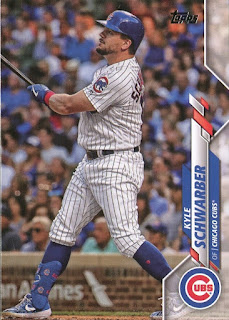 More than half of the big Cubs names are included.  Series One brings cards for Almora, Baez, Hendricks, Kimbrel, Lester, Quintana, Rizzo, and Schwarber.  I assume that we'll get cards from Bryant, Contreras, and Heyward in series two. 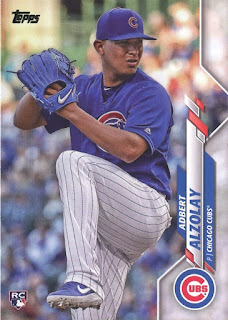 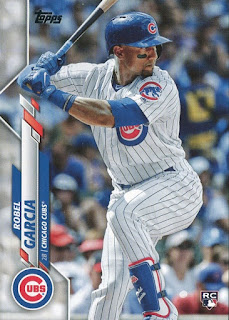 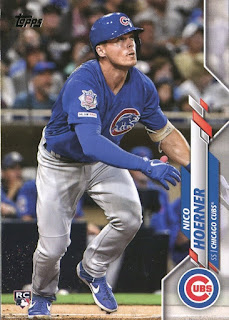 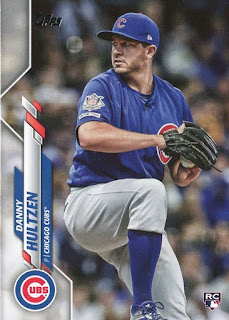 In addition to the biggies, we get some lessers such as Adbert Alzolay, David Bote, Robel Garcia, Nico Hoerner, and Danny Holtzen.  It's been a while since the Cubs had four rookie cards in the first series. 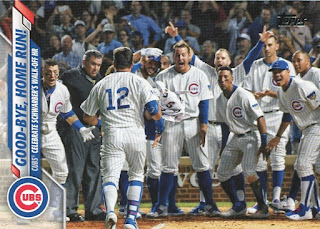 The final card is the checklist that shows a walk off home run hit by Kyle Schwarber on July 16.  Even better, the Cubs were wearing 1969 throwbacks and we get a few looks at the classic Cub shoulder patch.