The 2004 set of Team Heroes was over 100 cards smaller than the previous edition.  For the Cubs, the shrinkage is obvious when looking at the retired players.  They went from seven down to just two.  And neither of the two are Hall of Famers. 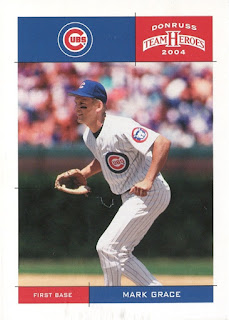 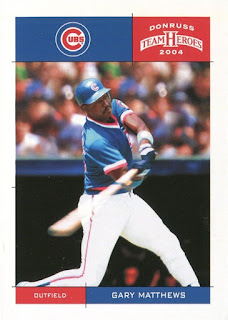 We get Mark Grace and Gary Matthews.

That leaves the rest of the cards for active players, and there are 21 of them. 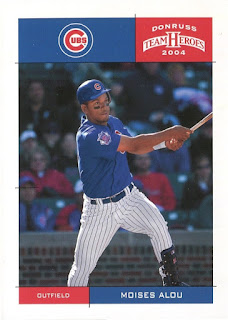 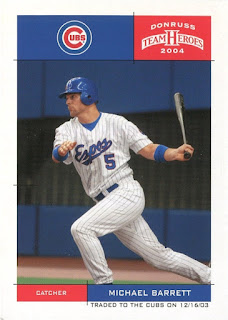 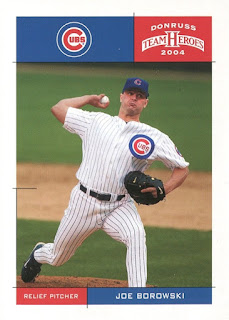 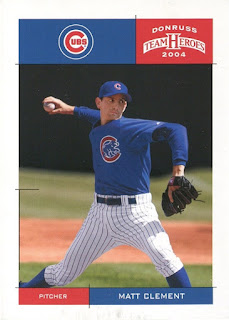 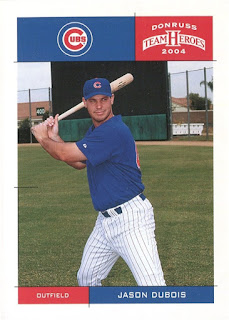 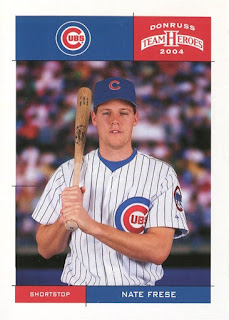 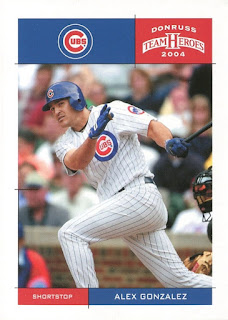 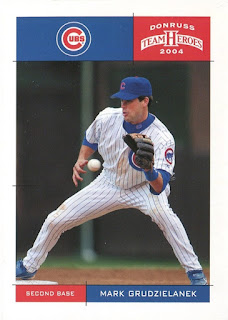 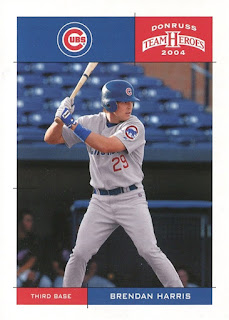 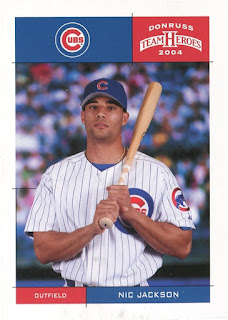 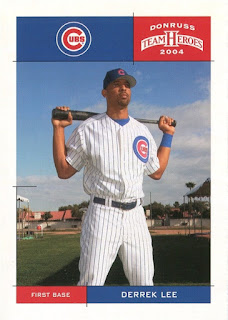 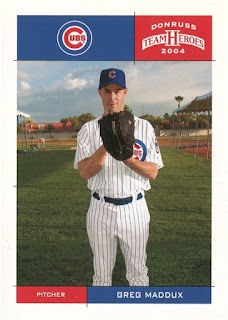 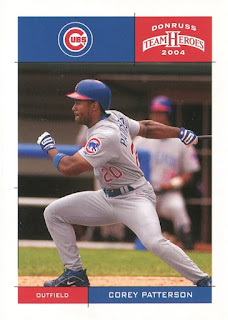 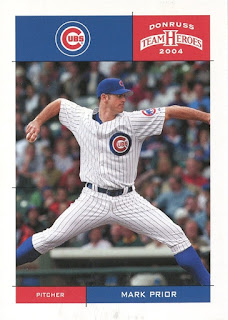 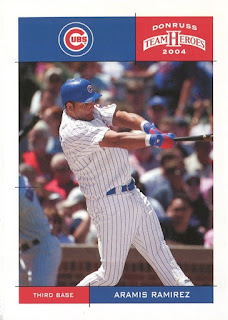 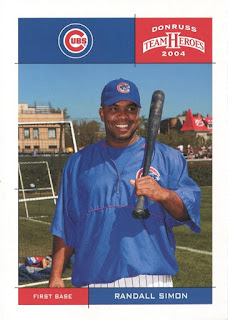 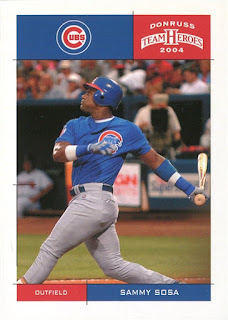 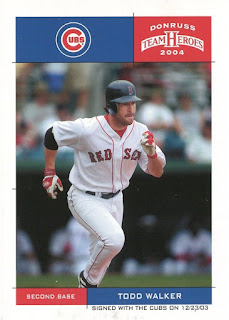 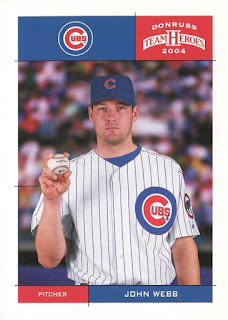 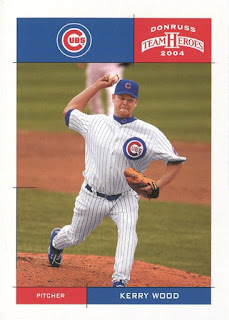 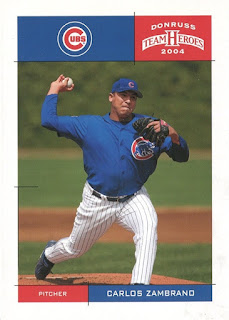 Derrek Lee and Greg Maddux are shown as Cubs because their cards are part of a 25-card traded set that was short-printed.  Michael Barrett and Todd Walker didn't get the same treatment and they are shown in the uniform of their former team.
Posted by Wrigley Wax at 7:00 AM