Yesterday I showed the Cubs cards included in the Decades Best insert set.  Two decades, the 1960s and the 2000s, did not include any Cubs.

I can't let that go, so I created a Cubs card for the missing decades. 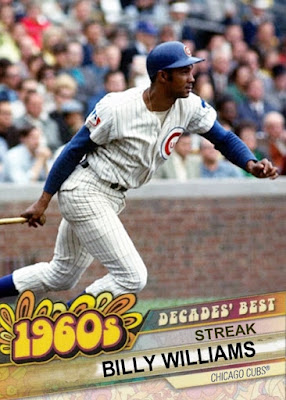 Billy Williams gets a card for his consecutive games played streak during the 1960s.  From September 22, 1963 through the end of the decade, Billy played in every single Cubs game. 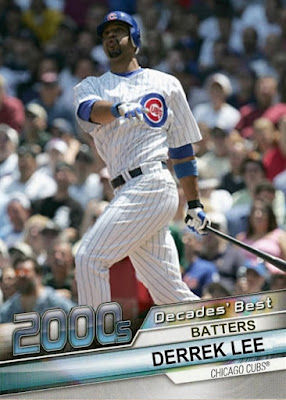 For the 2000s I went with Derrek Lee and his 2005 season.  He led the league in hitting, hits, doubles, runs created, and slugging.  He was second in home runs and seventh in RBIs.  He was a pretty good batter!