Two "Hottest" sets were issued by Publications International in 1990.  One was the Hottest Players set that I showed on Friday.  I've got the other one today, the Hottest Rookies.

Like the Hottest Players, the Rookie set consists of 50 players and another six tickers of some ballparks.  The Cubs had two pretty good rookies in 1989 and both were included in this 1990 set. 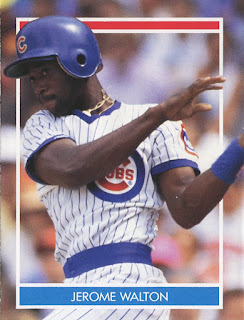 Jerome Walton was the NL 1989 Rookie of the Year, so his inclusion in the set was an automatic. 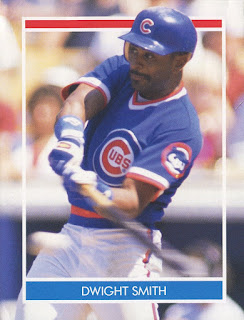 In my mind, rookie Dwight Smith had a better year that Walton.  Walton got a lot of hype when he put together a 30-game hit streak.  But Smith had a higher batting average, hit more home runs, and drove in more runs.